By Patrick James on 2016-05-21 - The author has been a motoring writer for more than 16 years. Formerly motoring editor at the Coventry Telegraph, he now produces motoring copy, on new car launches and road tests on a freelance basis. 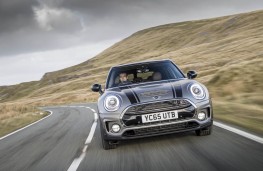 THERE'S an old joke. How do you get four elephants in a Mini? Easy, two in the back and two in the front.

The latest generation of MINIs are a far cry from their tiny ancestor and the prospect of fitting a full-size tumble dryer in the back of one of those would have been seen as ridiculous.

Roll forward the new Clubman, the biggest MINI yet and a car that's a much a crossover as city car, with estate like capacity, high roofline, six doors and all-wheel drive capability.

It swallowed the tumble dryer with ease and left plenty of space to spare. The boot has a volume of 360 litres, which can be extended to 1,250 litres by folding the rear seats flat.

In addition, the large glove box and door compartments can all hold one-litre drink bottles.

Access is in true Clubman style through the twin split rear doors, which is also something to bear in mind when parking.

Make sure you leave enough room for the doors to swing outwards, particularly with the remote opening on the key fob.

Non-contact opening is also possible in combination with the optional Comfort Access function, with a foot movement under the rear apron triggering the door opening.

The lates Clubman also represents better value for money, in my book, than its other siblings, with it cavernous capacity inside, high-quality refined interior and much of the technology borrowed from parent firm BMW.

Equipment is good too with the Cooper Clubman I sampled starting at just over £20,000 and offering good levels of standard kit.

The look of the new Clubman divided opinion, with most favourable, but there is no doubt it is eye-catching at 270mm longer and 73mm wider than the five-door hatch, with a wheelbase which is 100mm larger.

There's no mistaking its a MINI with circular headlamps with chrome surrounds and hexagonal contours of the radiator grille.

The interior is roomy and high quality with top notch soft touch plastics. The dash is dominated by the dinner-plate-sized central dial with a full-colour 6.5 or 8.8-inch screen, which displays infotainment, phone and navigation functions

Selection of all functions is via a controller in the centre console. The speedometer and rev counter are located in the instrument cluster on the steering column, while the ubiquitous toggle switches remain, including a red starter toggle.

The centre console has an armrest as standard, while the Excitement Package features a projection of the brand logo on to the ground beneath the driver's side door mirror when the car is opened and closed, as well as extended interior lighting.

This model featured a 1.5 litre, 136bhp petrol engine that is both pacey and pretty frugal.

It is a sweet-sounding unit, delivering decent acceleration from 0-62mph in just under 10 seconds.

Fuel consumption is a claimed 55mpg, a figure I thought closer to the mid-40 mpg with CO2 emissions of 118g/km. This makes it an attractive busines option.

Slick-shifting six-speed manual transmissions are standard on all versions of the Clubman and this model has the option of a six-speed Steptronic transmission. An eight-speed version is available on the Cooper S.

So not only is it a practical motor, it is a fun drive though not maybe as sharp handling as some of the more compact MINIs.

It is still taut though and when working the engine hard, the engine rasp has a sweet note. Otherwise, solid soundproofing keep wind and tyre noise out.

The ride is more comfortable than sporting, after all this is a family sized motor with only the roughest of roads unsettling the ride.

Options abound, including electrical adjustment of the driver and front passenger seats, including memory function on the driver's side. For the first time, seat height, longitudinal position, surface angle, back rest angle and lumbar setting can be adjusted at the press of a button.

Over 50 per cent of Clubman customers are expected to choose the Chili pack which adds cloth/leather upholstery with heated sports seats, comfort access system, park distance control, automatic air conditioning, LED headlights and LED fog lights among other features. The Chili pack is priced at £2,785 across all models. 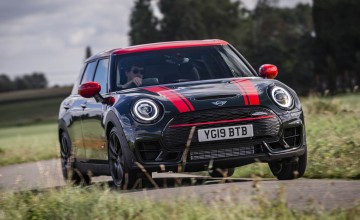 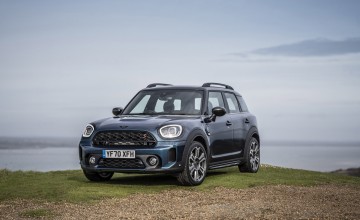