By Chris Russon on 2016-08-17 - The driving force behind Eurekar. Chris heads up a team of motoring correspondents under the Driving Force banner. Prior to Driving Force becoming independent in 2010 he was Chief Motoring Editor for Trinity Mirror Regional newspapers. Chris has been writing about cars for almost 40 years. 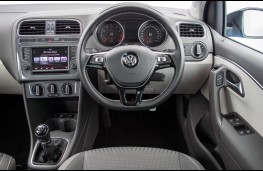 THE Volkswagen Polo has become an everyday feature of life on the road and the latest model is the best yet.

The sixth generation Polo has just been given a shot in the arm with the introduction of Match models which come loaded with kit.

The Match replaces the Polo SE and is available in three and five-door bodystyles priced from £12,960.

Volkswagen says there is some £900 worth of additional equipment fitted to the Polo Match compared to the SE.

The Polo Match is available with Volkswagen's 1.0 and 1.2-litre petrol engines and the company's economical 1.4-litre diesel which has a claimed fuel return of 78.5mpg and tax free emissions of 93g/km.

The 1.2-litre turbo petrol versions of the Polo Match are also available with seven speed DSG automatic gearboxes instead of a five-speed manual box.

All versions of the Polo match come with air conditioning, a 6.5-inch touchscreen and the onboard software includes Volkswagen's ‘Think Blue Trainer' which analyses driving styles and gives tips for achieving optimum economy. 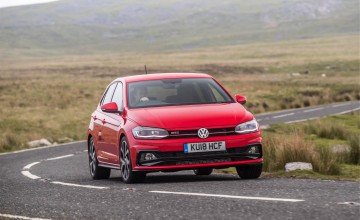