By Stewart Smith on 2016-09-23 - Stewart was the former motoring editor of the Coventry Telegraph and is now a freelance contributor to Eurekar. He is based in Scotland and specialises in First Drive reviews. 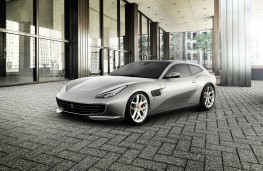 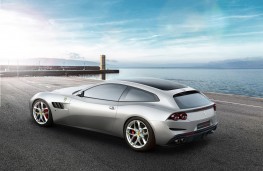 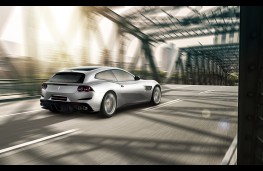 THIS is the first four-seat V8 turbo-charged Prancing Horse which is about to be unveiled at the Paris Motor Show.

The Ferrari GTC4Lusso T is powered by a 3.9-litre V8 turbo and is the latest evolution to emerge from the engine family that was nominated the 2016 International Engine of the Year.

The GTC4Lusso T has stunning speed, with a top whack of 198mph and a blistering 0-62mph time of just 3.5 seconds.

One of the main features on this stunning motor are its dynamic control systems which have been specifically calibrated to boost responsiveness to commands.

In particular, the car has four wheel steering which is integrated with Ferrari's latest side slip control system which makes for more rapid response when entering and exiting corners. The rear wheels steer in the same direction as those at the front.

The GTC4Lusso T's has a streamlined, tapered shape that gives it an almost fastback-like silhouette.

Inside, the car features what Ferrari calls Dual Cockpit architecture which is designed to off the best for both driver and passenger. It also incorporates the latest infotainment system complete with an impressive 10.25-inch HD touchscreen. 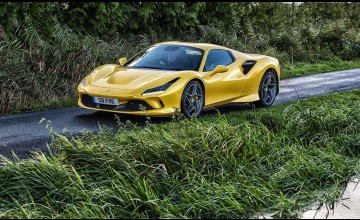