By Mike Torpey on 2016-10-23 - Driving Force news editor and responsible for organising our daily output. He was staff motoring editor of the Liverpool Echo for 20 years. 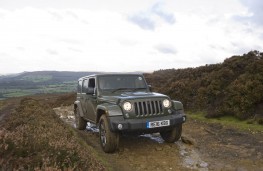 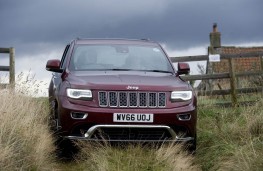 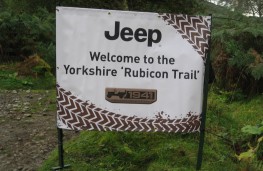 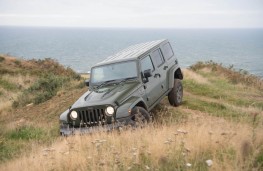 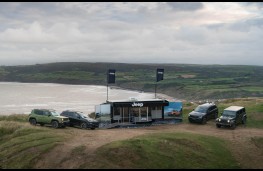 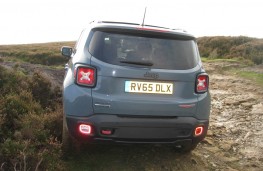 THE view from above Robin Hood's Bay is among the finest in Britain.

On the edge of the North York Moors, the terrain in that region is rugged, uncompromising and stunningly beautiful.

Getting up there's the challenging bit. You need a vehicle that can cope with the likes of sloppy mud, black ice, jagged boulders and steep inclines - like a Jeep.

Bay Ness Farm, in a remote spot high above the coast, may not be the most accessible of locations but it was an appropriate one to showcase a special event in Jeep's illustrious history.

It's 75 years since the first Willys-Overland model rolled off the assembly line during the Second World War.

The story goes that the American government had issued a requisition for a light reconnaissance vehicle for the army and invited 135 manufacturers to bid for its production.

Willys-Overland won the contract with its MA design - M stands for military and A the series number - in 1941.

That prototype led to the arrival of the Overland MB - Jeep's forerunner - and Willys trademarked the name after the war and turned the Jeep into an off-road civilian utility vehicle for the farm.

And it was a farm that Jeep chose to showcase the 75th anniversary special edition versions of its current range with a pop-up dealership - accessible only by 4x4.

The 3.5 tonne mobile showroom was towed to the clifftop location across the moors by Jeep's 75th Anniversary Grand Cherokee while the rest of the latest line-up plus an example of the famous Willys Jeep were displayed on site.

Here a demanding off-road course had been set up, made all the more tricky by recent rain, and if the sheer drop designed to highlight the vehicles' hill descent control feature was a serious leap of faith then what was to follow examined the Jeeps' hardware to the limit.

The ensuing 42-mile test route traversed the North York Moors from the coast to their inland starting point at Helmsley and afforded some of the most picturesque vistas and rewarding driving you could hope for.

You pass the occasional walker, grouse spring from clumps of heather and birds of prey hover above; what you don't see are many other vehicles.

And a good reason for that comes early in the trek, on the rise close to Ingleby Bank where a steep and uneven section of track is pocked with vast jagged rocks and loose stones.

Few vehicles could pick their way through this short stretch and even fewer owners would want to risk their alloy wheels, undercarriage, paintwork and tyres from gouging and puncture.

No problem for the Jeep Renegade though, which made its own history as the brand's first entry into the small SUV scene.

In top spec Trailhawk trim, this is the Renegade variant with the most ability off-road thanks to the Jeep Active Drive Low and Selec-Terrain system with Hill Descent Control and Rock Mode.

And its ride height is raised by 30mm compared to the 4x2 model while it also has chunky mud and snow tyres and a tow hook.

No surprise then that it coped with everything the moorland could throw at it and proved a vehicle that really punches above its weight throughout the journey across the area known as Rudland Rigg.

It's also is the only Renegade model to feature the 170bhp version of the 2.0-litre MultiJet II turbo diesel with nine-speed automatic transmission, so on-road performance is lively too. 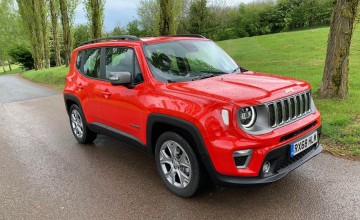 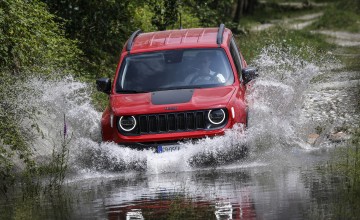 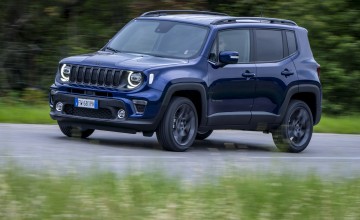