By Jon Smith on 2016-10-23 - Jon is a senior motoring journalist with a background writing for weekly/provincial daily and national newspapers and magazines. He has held executive news and features positions in Fleet Street and evening titles. Former Pirelli Motoring Writer of the Year winner. Currently specialising in product launches, safety issues, car tests and future motoring trends. 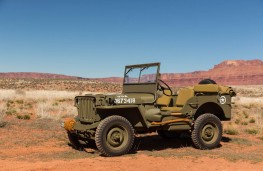 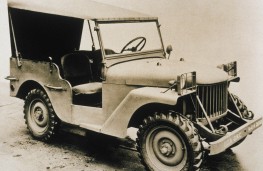 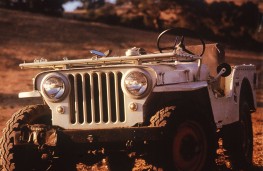 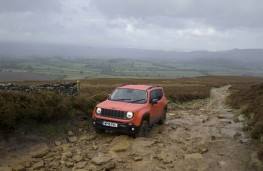 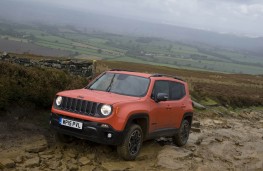 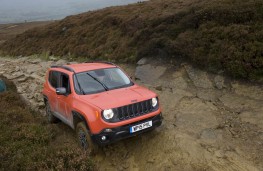 SITTING, waiting in a rapidly steaming up SUV high up on the North Yorkshire moors on a damp and misty autumn morning, I had some time to think.

The hiked-up Land Rover in front of me was making heavy weather of traversing the jagged boulders that littered the near-vertical track beyond.

My thoughts returned to the reason I was here, more than 1,000ft above sea level with just wet grass, soggy sheep and a few off-road anoraks as company.

It was to mark Jeep reaching its 75th anniversary. The first example of which emerged during the Second World War 1941 after the US government had thrown down the challenge to its motor makers to produce ‘a light reconnaissance vehicle' to replace the Army's motorcycle and modified Model-T Fords.

No fewer than 135 manufacturers were invited to tender for the vehicle which had to be 4WD and have at least three seats. It needed also to weigh no more than 1,300lb (a stipulation which was later waived) and had to be able to have at least a 600lb load capacity.

Only three firms responded to the challenge - Willys-Overland, Bantam Car Manufacturing, and a little later, Ford.

It's widely believed that the name Jeep was derived from the slurring of the initials GP. Others reckon it was named after a cartoon character of the time, Eugene the Jeep. The mystery remains today.

Whatever the reason, the Willys was chosen as the winner, but both Ford and Bantam carried on turning out thousands of their models, many of which went to UK and Russia.

It is even claimed that Jeep's famous and ubiquitous vertical grille was borrowed from the Ford Pigmy to become their own.

More 368,000 of the olive coloured Willys-Overlands were manufactured and they , without doubt, played their part in helping to win the war. After the conflict was over, the firm trademarked the Jeep name and planned to market their model as an off-road farm vehicle.

The rest is history, as they say. And now Jeep, owned by Fiat Chrysler Automobiles, is an iconic brand and marketed all over the globe.

Meanwhile, back on the moors progress is being made. The ageing Land Rover has clambered over the rocks, allowing us to press on again.

The little Jeep Renegade I am driving, based on a Fiat 500X, and more likely to be bought for the supermarket or school run, literally romps up the track in four wheel drive, low ratio, upholding a 75 year long Jeep tradition, and supporting the firm's original slogan: The sun never sets on the Mighty Jeep. 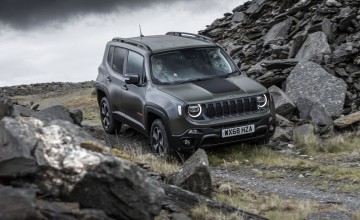