By Stewart Smith on 2016-11-04 - Stewart was the former motoring editor of the Coventry Telegraph and is now a freelance contributor to Eurekar. He is based in Scotland and specialises in First Drive reviews. 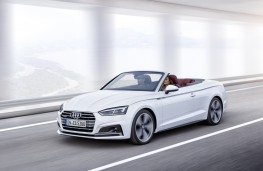 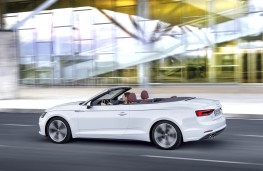 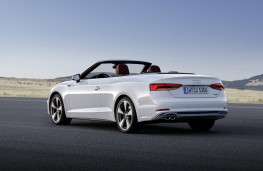 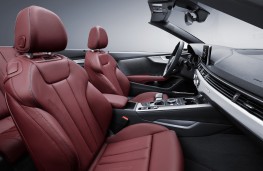 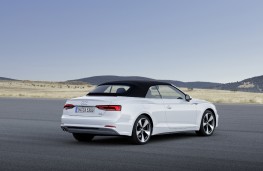 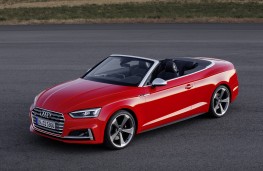 THIS is the new Audi A5 Cabriolet which follows on from the recently launched Coupe and five-door Sportback and completes the line-up for the model range.

It comes with new body styling, similar to the latest coupe, and is slightly longer than the outgoing A5 cabriolet.

The rear window is now flatter to emphasises its sleek stance, as do the short overhangs and the long wraparound bonnet with its power dome.

The classic soft top hood has been designed to offer good acoustic levels with good insulation and the new one-touch opening function makes operating the hood much easier.

A flick of the switch is all it takes to open the soft top fully automatically in 15 seconds or close it in 18 seconds at speeds of up to 31mph.

Audi claims the body of the new cabriolet is the stiffest in its class and yet is among the lightest.

Rigidity has been increased by 40per cent compared with the previous car. The total weight of the new generation model has also been reduced by up to 40 kilograms.

Compared with the previous model, the engines offer up to 17per cent more power while consuming as much as 22 per cent less fuel.

The top model accelerates from 0 to 62mph in 5.1seconds, and on up to an electronically governed top speed of 155mph.

The specifications follow the same SE, Sport and S line pattern used by the A5 coupe, including features such as alloy wheels in 17 or 18-inch diameters, xenon or LED headlamps, the Audi smartphone interface, leather upholstery, front seat heating, acoustic parking and three-zone climate control.

Sport models and above add upgrades such as front sport seats with electric adjustment and sports suspension which will be standard on S line models only and optional for the Sport grade.

The new Audi A5 Cabriolet and the sportier 3.0-litre TFSI Audi S5 will be in UK showrooms in December. Prices have yet to be announced. 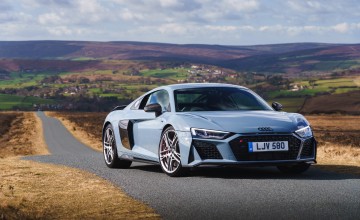 Audi sounds a blast from the past

TWO of the most anthemic soundtracks played by modern day sports cars have been...