By Chris Russon on 2016-11-07 - The driving force behind Eurekar. Chris heads up a team of motoring correspondents under the Driving Force banner. Prior to Driving Force becoming independent in 2010 he was Chief Motoring Editor for Trinity Mirror Regional newspapers. Chris has been writing about cars for almost 40 years. 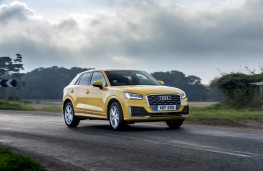 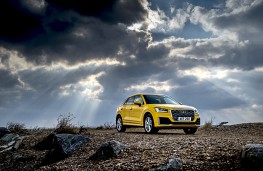 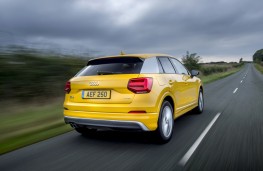 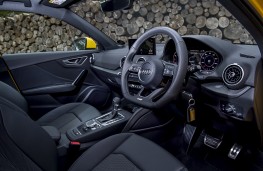 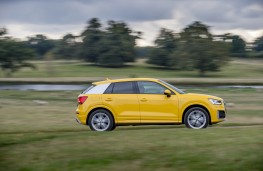 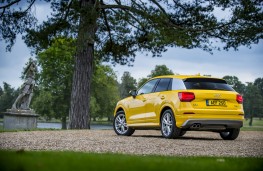 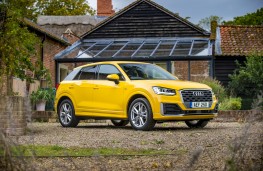 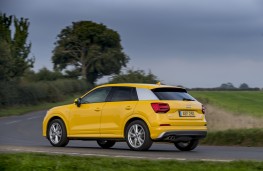 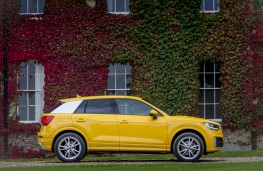 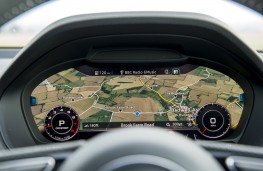 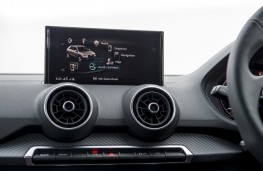 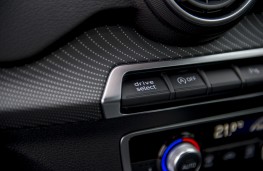 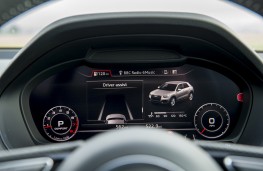 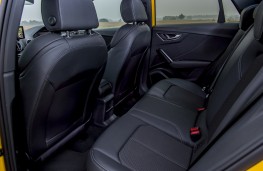 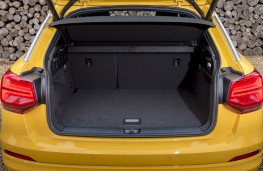 THE latest from Audi is the new Q2 - its first compact SUV and a car which is set to be a star of the crossover scene.

On trend would be an understatement. The Q2 looks the part, comes with all the gadgets and connections a modern driver craves, performs on all fronts and has four shiny rings on the grille.

And if that is not enough to whet a few appetites, then the Q2 is an Audi that costs the same as the likes of a Nissan Qashqai or a MINI Countryman.

Call it luck or call it shrewd planning but Audi's relatively late arrival in the booming small SUV market is - pardon the pun - right on ‘Q'.

According to Audi the Q2 is not just a car but a ‘lifestyle proposition' and a ‘tool for modern living' - phrases bandied around by Audi execs at the UK launch of the new model.

Connectivity is ‘more than an essential' and the Q2 will ‘slot into the Hive lifestyle' all operated from smarthphones and tablet computers.

The message is clear - the Q2 is a car with virtually everything in more ways than one.

In reality you have to hand it to Audi. The Q2 is good, very good and ideally placed to satisfy every whim which has seen little SUVs become the must-have choice at the moment.

Slightly shorter than the A3 hatch, the Q2 stands apart in the current Audi line up with a body style that features some sharp angles and neat side creases as well as a rear pillar that can be specified in different colours.

It's also right on the money and by the end of the year the line up will include a three cylinder 1.0-litre variant priced from Â£20,230.

For the time being the range starts from Â£22,380 for a 1.4-litre turbo petrol version fitted with fuel-saving ‘cylinder on demand' technology which cuts out two of the four pots on light loads.

To kick off the Q2's arrival Audi is also releasing a high specification Edition 1 1.4-litre model which tips the scales at Â£31,170.

The base SE version sits on 16-inch alloys and come with a seven-inch display screen all ready for smartphone hook ups.

Mid-grade Sport models (priced from £23,390) get 17-inch wheels, a multi-mode drive selector, sat nav and cruise control while the S line cars start from £26,180 and include LED headlights, a no cost upgrade to sports suspension, a snazzy LED interior lighting system which back-lights the trim and sports seats with leather inserts. They also have some extra body kit with larger front air intakes, more pronounced side sills and sit on 18-inch alloys.

They do look the part and have a stand out quality which sets them apart in the crossover field.

There's also some smart driver systems available including Audi's ‘traffic jam assist' set up, lane departure safety aids and rear cross traffic alerts, features which are on the way to enabling the car to drive itself.

The Q2 is four inches shorter than the A3 but interior space is not compromised and it can seat five - four nicely comfortably. With coloured trim highlights throughout the cockpit and distinctive finishes to the dash the interior is very upmarket and boot space is sensibly proportioned ranging from 405 to 1,050 litres - more than enough to fit its SUV tag and a good deal larger than that of the A3.

On the road the 150ps engine has a lively feel and suits the Q2 well, as does the seven speed S tronic transmission which makes for easy driving.

Acceleration is 8.5 seconds 0 to 60 and top speed a healthy 131mph with Audi claiming an official fuel return of 52.3mpg and emissions of 123g/km on 18-inch wheels. That comes down to 119g/km (54.3mpg) on smaller wheels and we managed a respectable average of 46 to the gallon.

The 1.6-litre diesel will give better fuel economy - we saw an average of 55mpg compared to the official 64.2 - but the petrol model felt more composed on the road.

Either way the Q2 is some car, a premium offering in the crossover zone which at the moment is streets ahead and highly desirable.