By Stewart Smith on 2016-12-09 - Stewart was the former motoring editor of the Coventry Telegraph and is now a freelance contributor to Eurekar. He is based in Scotland and specialises in First Drive reviews. 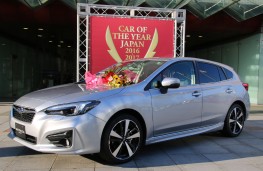 SUBARU'S new Impreza has been awarded the top accolade as Car of the Year Japan in a close battle with another Japanese motor, the Toyota Prius.

The super-fast Impreza collected 420 votes, beating the Prius by a margin of 49.

This win gave Subaru only its second ever Japanese Car of the Year award and its first in 13 years.

There was a close battle for third place too which went to the Audi A4 which polled 149 votes and captured the Import Car of the Year trophy, just four votes ahead of the Volvo XC90.

In accepting the award, Impreza chief engineer Kazuhiro Abe said: "When we started developing the Impreza over four years ago, never did I imagine I'd be standing here today with such a prestigious award.

"This must be what it feels like to win an Olympic gold. The Impreza's new global platform has great meaning for the company moving forward and will underpin nearly all of our cars over the next decade. On behalf of all of my R&D team, I'd like to thank the jurors for their support of this car."

Also given high marks for its performance and handling, the BMW M2 triumphed in the Emotional Award, while the Honda NSX picked up the Car of the Year Japan steering committee's special award for its V6 twin-turbo hybrid powertrain.

The new Impreza is due to arrive in the UK before next summer. 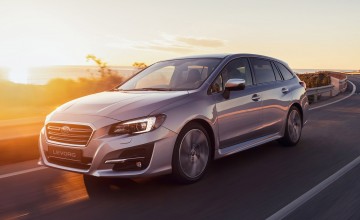 SUBARU has refreshed its Levorg estate-cum-SUV for 2019 with a new engine,...