By Ian Johnson on 2016-12-10 - Ian has been a member of Driving Force since its inception. He began his career in journalism in 1962 on the Cheshire Observer and took over the paper's motoring column in 1966. Specialist areas include classic cars, product launches and automotive comment. 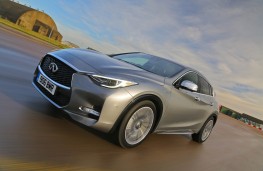 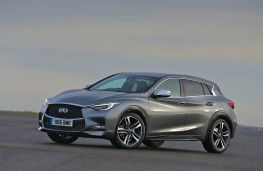 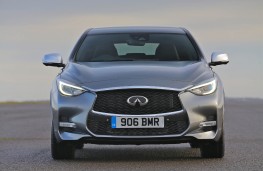 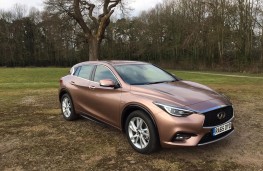 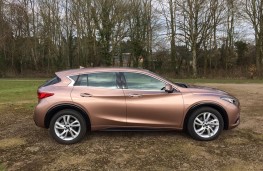 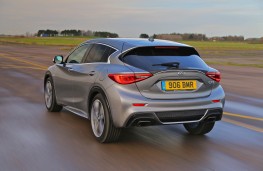 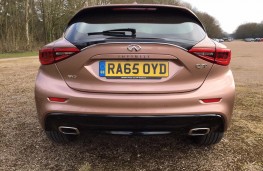 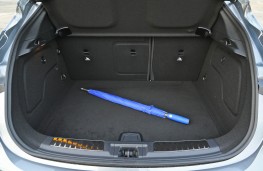 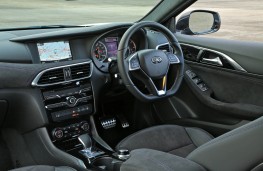 BREAKING new ground for Infiniti, the new Q30 hatchback is proving that small is beautiful for this luxury manufacturer.

Infiniti has not been known for bowing to convention, but with the Q30 it acknowledges that a compact premium model is vital in today's highly competitive marketplace.

The Q30 represents a move to net a new kind of customer for the company which is out to gain sales from the likes of Lexus and Mercedes-Benz.

It is set to play a major part in helping the company realise its plans for global growth and is aimed at buyers not willing to be defined by their choice of vehicle body type.

It takes a somewhat unconventional stance and its asymmetric interior contributes to an overall design that just has to command attention.

The development teams behind the Q30 have taken a holistic approach to its engineering, presenting a car that offers exceptional ride and handling yet feels comfortable and ready for anything.

And this was certainly true of my test car, a Sport 2.0T seven-speed DCT four-wheel-drive-version which would set you back £31,930.

The range kicks in at just over £20,000, but the test vehicle was a window into just what Infiniti is capable of in terms of performance, grip and overall enjoyment, all presented in a package that you just do not want to stop driving.

On the road it is extremely impressive, with the seven-speed automatic gearbox handling the 211ps power from the 2.0-litre four-cylinder petrol engine extremely well and proving that its 0-62mph sprint factor of 7.2 seconds is no idle boast.

This version can swoosh along up to 146mph if desired, and yet its combined mpg figure of 45.6 would not suggest that it is powered by a performance petrol unit.

The Q30 does embody much of the Infiniti styling that we have come to know. There is a pronounced bonnet featuring the Infiniti corporate look and sultry, almost eyelidded headlamps which one bystander stated were sinfully good looking.

But this is what Infiniti is all about - daring to be different from the pack and saying that being individual sets you apart from the rest.

Infiniti sold a record 136,700 new vehicles worldwide during the first eight months of 2015, representing an increase of 14% compared to the same period in 2014. The brand also set records in China, Asia & Oceania, and EMEA (Europe, Middle East & Africa).

The Q30 becomes the company's first ever vehicle built in Europe, at newly-upgraded production facilities in the giant factory of its stablemate Nissan in Sunderland, and is the beginning of Infiniti's push to expand its product line-up.

Infiniti states that Q30 is aimed at premium customers seeking urban individuality and to succeed in this quest it has to be special.

Quality levels live up to expectations and for example, a satin chrome-plated trim, rather than plastic chrome, gives Q30 a "cool-to-the-touch" feel, even in hot temperatures, while consistent use of black lacquer trim across wheel arches and side sills highlights the Q30's elevated stance.

The Q30's designallows for a higher hip point (531mm), which aids ingress and egress. The A-pillar design is intentionally slim, contributing to enhanced visibility.

The Q30 features a host of intuitive technologies including automatic park assistance with Around View Monitor (AVM) and Moving Object Detection (MOD), making the Q30 one of the easiest cars to park in the premium compact segment. Blind Spot Warning, provides greater security and confidence at speed by warning of other vehicles out of the driver's line of sight.

Forward collision warning with emergency braking, reduces the stress of driving in heavy traffic or in the city. Auto high beam assist, a highly intuitive technology, improves safety and confidence during night-time driving and intelligent cruise control, maintains a safe distance from the car in front, resulting in a safe and relaxing drive.

A special metal plating method allows the radar waves of the cruise control to pass through the Infiniti badge - a first for the brand.