By Jon Smith on 2016-12-31 - Jon is a senior motoring journalist with a background writing for weekly/provincial daily and national newspapers and magazines. He has held executive news and features positions in Fleet Street and evening titles. Former Pirelli Motoring Writer of the Year winner. Currently specialising in product launches, safety issues, car tests and future motoring trends. 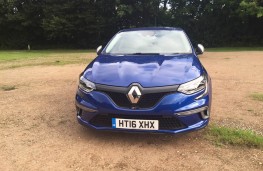 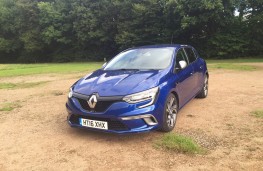 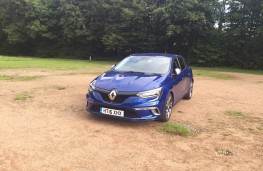 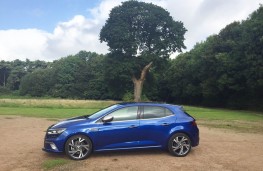 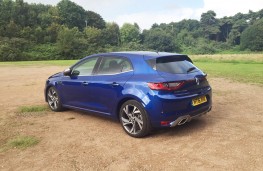 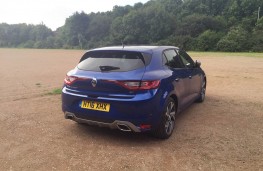 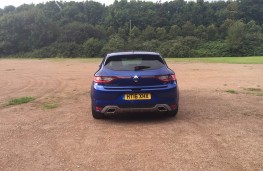 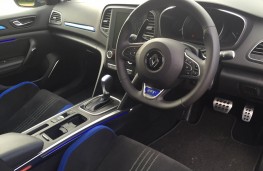 HOT hatches come in all sorts of temperatures.

The red hot variety includes the hairy-chested Focus RS which can blow a Porsche into the weeds, the Civic Type-R famed for loosening the fillings in your teeth and the Golf R with four-wheel traction to slingshot through bends.

But not everyone wants that level of blistering performance which is often accompanied by steep insurance costs and high profile attention.

That's where the Renault Megane GT comes in. Fast enough to slice through heavy traffic with undramatic ease and hit sixty in seven seconds yet sufficiently quiet and refined to leave its passengers stirred but not shaken after a long journey.

For sure, a RenaultSport mega version will be on sale before too long, but for lots of drivers the GT's sort of swift performance fits the bill. And the sharp muscular styling together with subtle go-faster styling cues, such as 18-inch alloys and deep spoilers, are likely to have wide appeal.

Power comes from a turbocharged 1.6-litre engine that drives the front wheels in usual Renault style. With 202bhp on tap and coupled with a seven speed dual clutch automatic gearbox, there's plenty of mid-range punch for overtaking and fast exits from bends without fear of any skittishness. Despite the driven front wheels, steering tug fails to make an appearance.

Somehow the GT Nav manages to combine a pleasing blend of refinement and performance, partly due to its quick witted transmission which slips easily between ratios. If you are feeling enthusiastic, the steering wheel gearshift paddles are irresistible.

Ride is quite stiff with little body roll, but it generally manages to deliver a comfortable passage over all but the worst surfaces. Low profile rubber, however, offers little protection against the worst craters.

Four wheel steering sounds an attractive feature, but for most drivers its presence will be difficult if not impossible to detect. It certainly helps provide a tighter turning circle but offers little more road-feel than a conventional system.

The weight of the steering is adjustable, the heavier setting being most suitable for fast driving.

The cabin is roomy and pleasantly styled, but the big touch screen is a tad complex and over uneven roads you need a steady hand to control some of its functions.

Passenger room front and back is reasonable and the five door design makes access to the rear easy. The boot is regularly shaped and roomy with space for 434 litres of luggage - better than most rivals. In usual fashion the back seats fold to reveal a load area of van-like proportions.

With CO2 emissions of just 134g/km, the GT is rewardingly economical. The mid to late thirties should be possible in everyday running and over 40mpg on long runs. 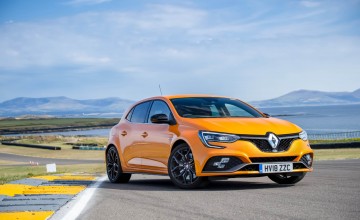 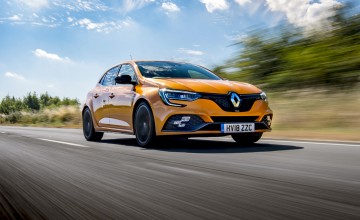