By Peter Keenan on 2017-01-06 - Peter has been with the Birmingham Post & Mail since 1990 and took on the role as motoring correspondent in 2007. He has been part of the Driving Force team for more than 10 years and his reviews are used nationwide by Trinity Mirror publications. 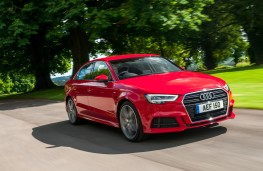 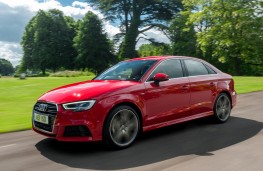 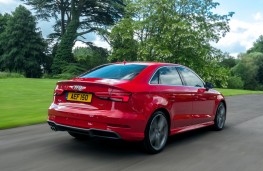 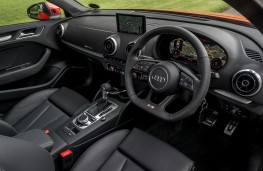 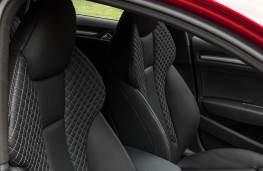 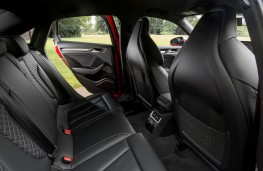 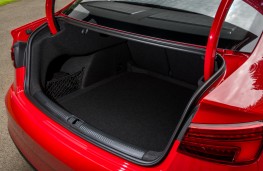 FROM the excellent engine to the accomplished drive via a roomy interior and good-looking exterior the Audi A3 Saloon has the feel of something far more expensive than its £27,000-plus price-tag.

With the rest of the A3 line-up, including the three-door hatchback, the five-door Sportback and cabriolet, it was spruced for 2016 with a mid-life revamp utilising the new Volkswagen Group MQB platform which gives the model a far more premium feel than before.

The medium-sized saloon's exterior certainly looks the part with the sharp styling including a wider grille and front apron providing a more pronounced road presence.

Getting behind the wheel is a joy as the cockpit is a driver's delight with everything at your fingertips requiring the minimum of fuss to access.

There are lots of nice touches such as a colour screen emerging smoothly from the top of the dashboard when you insert the ignition key. There is a rotary control wheel just behind the gear lever which makes operating the audio and sat nav systems simplicity itself.

The eight-speaker stereo features a single CD player and Bluetooth or USB/cabled connectivity for streamed music.

As ever with Audi upgrades are available if you are willing to pay, with £1,395 getting you the Technology Package on my test car which among other things offers more advanced sat-nav via a seven-inch display.

Pay a bit more and Audi Connect turns your car into a Wi-Fi hotspot and for another £750 you can get a Bang & Olufsen surround sound stereo system with 14 speakers.

The gorgeous interior is a quality affair with a fit and finish that would be the envy of many more expensive cars. The refinement at motorway speeds is top notch as near silence is maintained in the cabin with wind, road and engine noise all kept at bay.

The car's dimensions are unchanged so the A3 Saloon remains a comfortable four seater - with five adults accommodated with a bit of a squeeze.

There is plenty of legroom for tall adults in the rear, but they may find their heads brushing against the ceiling as the roofline is lower than the Sportback model.

The Saloon offers the biggest boot of any A3 at 425 litres which is 45 litres more than the Sportback and only 55 litres down on larger sibling the A4.

If you want to make it even bigger - as I did when moving some furniture - then this couldn't be simpler as the rear seats tip forward freeing up 880 litres of boot space.

The lightweight car feels pretty sporty with the 1.4-litre turbo petrol engine beneath the bonnet of my test motor developing 150ps - again giving the feel of a much bigger power unit when it comes to acceleration.

So the A3 Saloon is nippy around town with enough beans to make it an easy to live with motorway cruiser.

The engine - linked to the super smooth seven-speed S tronic automatic gearbox - also boasts Audi's fuel-saving ‘cylinder on demand' technology which cuts out two of the four cylinders under low loads and gives the Saloon a combined fuel economy figure of 57.6mpg with emissions of 113g/km. Don't worry about the COD system being intrusive as you never notice when it is operating. 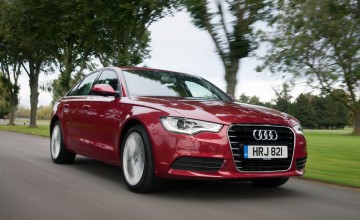 DESPITE holding its value better than most, the Audi A6 is much more affordable...

AUDI will take another step down the electric highway next month when it...