By Chris Russon on 2017-01-08 - The driving force behind Eurekar. Chris heads up a team of motoring correspondents under the Driving Force banner. Prior to Driving Force becoming independent in 2010 he was Chief Motoring Editor for Trinity Mirror Regional newspapers. Chris has been writing about cars for almost 40 years. 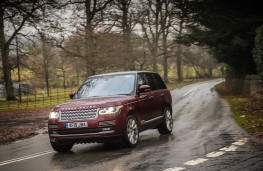 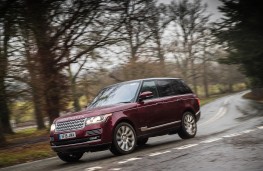 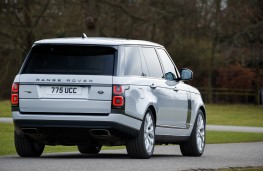 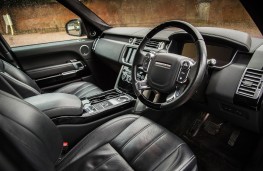 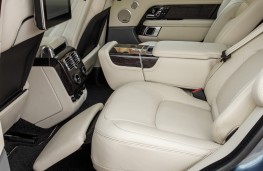 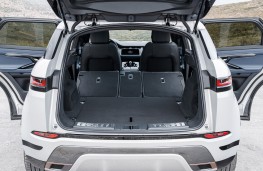 WHEN Range Rovers first came on the scene a new one would set you back a couple of quid short of £2,000.

Now they cost 50 times that - but what you get is totally sublime.

This is luxury of the highest order in a giant of a car that's as tough as it is massively powerful.

Mighty V8s were the order of the day for the originals and still are today although now they come mainly as diesels.

And to make matters a little more eco-friendly as it goes about moving 2.5-tonnes of SUV the engines are now fitted with a stop/start system.

Land Rover claims it's improved fuel economy by four per cent and the latest Range Rover V8 diesel is officially rated at 33.6mpg with emissions of 219g/km.

In reality mid to high 20s will be the norm but that's a far cry from the 12 to the gallon many experienced driving the original petrol versions.

The 4.4-litre diesel in the latest Range Rovers produces a mean punch developing 339 horsepower, sufficient to produce a 0 to 60 time of 6.8 seconds while still having enough clout to propel it over the harshest terrain imaginable,

It may be decked out like a limo but it's still a Land Rover and has a go-anywhere reputation to live up to - and the V8 diesel has the most pulling power of any Range Rover with 740Nm of torque.

The latest models also have another trick up their sleeve with Land Rover's All Terrain Progress Control system fitted as standard.

An adjunct to the electronic Terrain Response off-road brain which makes any Land Rover so capable, the progress control technology is designed to keep the vehicle moving at a manageable speed - up to 20mph - in poor conditions on or off the road.

A Range Rover will always be a champion when the going gets tough but this piece of kit takes all the hard work out of negotiating treacherous surfaces.

Other driver aids include adaptive cruise control, now calibrated to deal with stop/start traffic, automated parking and a surround-view camera system which shows exactly what's going on all around the vehicle.

It's an armoury of sophistication and high technology that can also include a head up display to show sat nav and speedo read outs and a wade sensing display showing the depth of a water crossing.

With a 23 gallon fuel tank, cavernous boot space ranging from 550 to 2,030 litres and five star, leather-clad refinement throughout, the Range Rover continues to hold a place of its own as the world's most capable luxury vehicle.

It's done everything from crossing the notorious Darien Gap to ferrying around monarchs, working on farms to cutting a dash in Bond Street - no other car comes close.

Land Rover is currently posting record sales figures and with models such as the Range Rover in its portfolio the great British marque is fast approaching 70 years of being on top of the world.