By Ian Johnson on 2017-01-09 - Ian has been a member of Driving Force since its inception. He began his career in journalism in 1962 on the Cheshire Observer and took over the paper's motoring column in 1966. Specialist areas include classic cars, product launches and automotive comment. 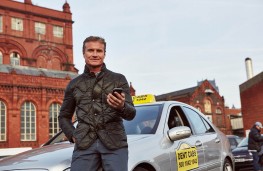 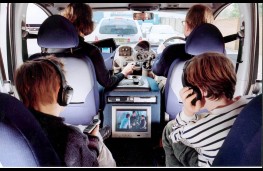 CARS these days are much more luxurious, safe and well built, but there is still the question of the driver.

More than half of passengers have felt unsafe due to their drivers' actions, research from Insurance company Aviva reveals.

A study of more than 2,000 adults found that 53 per cent of passengers had felt unsafe while being driven, with younger passengers feeling most on edge.

The proportion of panicky passengers rises to six out of 10 for those aged 16-34.

The research was carried out as part of the insurer's ongoing mission to help make Britain's roads safer.

The Aviva campaign encourages motorists to download the Aviva Drive app which monitors people's driving behaviours and could save safer drivers an average of Â£170 off their car insurance.

The most likely culprits to make passengers nervous are spouses or partners, with 21 per cent of anxious travellers pointing the finger at their other halves.

Women are considerably more likely to complain about their partner (26 per cent) than men (16 per cent).

And in general, people are more likely to say they've been scared when being driven by male drivers than female motorists.

‘Driving too fast' was by far the most common reason passengers gave for feeling unsafe in a motor vehicle (61 per cent), twice as likely as the second and third causes for concern - that the driver was driving aggressively (31 per cent) or the motorist didn't seem to be concentrating (30 per cent).

And I can understand it because of new aggressive driving themes including charging too fast at traffic carefully negotiating roundabouts and using the horn as a battle trumpet rather than an instrument of warning.

However, it would appear that people don't always feel able to confront their driver when they felt unsafe.

Of the passengers who felt uneasy on the move, more than a quarter (26 per cent) of Aviva respondents didn't tell their driver.

This was because more than a third (35 per cent) didn't want to upset their driver, 29 per cent thought the motorist might think they were over-reacting, and 22 per cent were relying on the driver to get them to their destination.

When people did challenge their driver, responses from the motorist were mixed.

The most common reaction from drivers was to say that there was nothing wrong with their driving (36 per cent) and 28 per cent told the passenger that they should stop over-reacting.

One in four passengers (25 per cent) were told to stop being back-seat drivers, while 17 per cent said their driver just ignored them.

Worryingly though, nearly three quarters (72 per cent) said they wouldn't necessarily challenge their driver in the future if they felt unsafe.