By Peter Keenan on 2017-01-15 - Peter has been with the Birmingham Post & Mail since 1990 and took on the role as motoring correspondent in 2007. He has been part of the Driving Force team for more than 10 years and his reviews are used nationwide by Trinity Mirror publications. 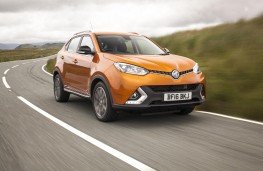 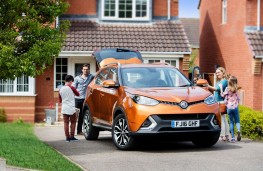 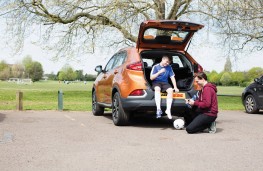 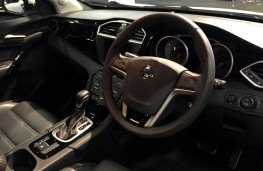 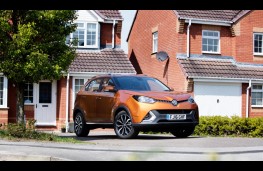 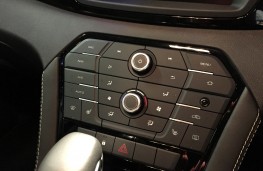 THE MG GS attempts to perform a neat trick.

The latest motor to emerge from the Chinese-owned, Birmingham-based marque is attempting to take on quality SUV competitors like the Nissan Qashqai and Renault Kadjar while being a competitively priced alternative to the budget end of the market which includes the likes of the Dacia Duster and SsangYong Tivoli.

The business model needed to pull this off is clever. Research and develop new models at the company's Longbridge facility bringing British engineering expertise into the equation, build the cars in China reducing manufacturing costs before selling them at a decent profit.

It's taken a few goes to perfect though, with the MG GS looking likely to benefit from a process that saw the MG6 family hatchback axed in the UK before the MG3 supermini made the breakthrough with UK sales topping 3,000 units last year.

As with any compromise the MG GS is neither as good as the best nor as cheap as it could be - but it passes the three bears test of achieving a middle ground which will appeal to those who desire a decent-sized SUV, but also want it to be keenly priced.

So what do you get? Well from the outside the MG GS is eye-catching with the usual high stance and muscular lines suggesting it can take on the toughest terrain.

Don't be fooled though as it is strictly front-wheel drive and designed to be driven on the highway.

The range starts at Â£14,995, so passes the price-tag test, with Explore, Excite and Exclusive trim levels all powered by the same 1.5-litre petrol engine, with the top of the range model - featuring a seven-speed automatic transmission - setting you back Â£21,000.

The model I drove had the six-speed gearbox which was neat and tidy helping the engine achieve 60mph from a standing start in a shade under ten seconds, while a stop-start system helps it to an average miles per gallon figure in the mid-40s.

It is pleasant to drive with a good position behind the leather steering wheel easily attained thanks to a range of seat adjustment.

The steering is light so doesn't give a great deal of feedback - but a reassuring amount of grip gives confidence in corners and the ride, while firm, is far from uncomfortable.

The cabin is finished to a reasonable standard although some of the plastics show where inevitable cost cutting has taken place. There are comfortable seats that give good support while all the controls are well set out and easy to see and use.

The infotainment system, including iGo navigation on the Exclusive model, features a touchscreen accessing most of the goodies on offer while the automatic air conditioning is efficient.

The steering wheel features audio controls for the DAB radio and CD player which offers MP3 compatibility and AUX/USB input.

Nice touches for this reasonably-priced motor include automatic headlights and cruise control while rear parking sensors and camera are also welcome.

The wing mirrors are heated and electrically adjustable while a side step and lazy locking facility add to the allure.

There is plenty of room for five adults and their gear to be squared away as the boot is reasonably roomy with the rear seats able to split and fold creating more space when needed. The are also plenty of cubby holes for a family's odds and sods.

THE MG brand is finally making progress in the UK more than a decade after its...