By Lee Gibson on 2017-01-15 - A journalist with nearly 30 years of experience on some of the biggest regional newspapers in England and Wales including the Birmingham Mail, Express & Star, Western Mail, the Sunday Mercury and Wales on Sunday. He currently edits the Sunday Mercury motoring pages as well as contributing to Eurekar. 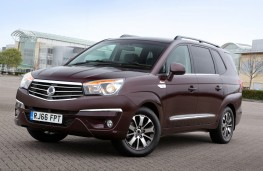 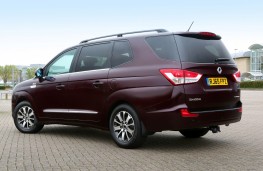 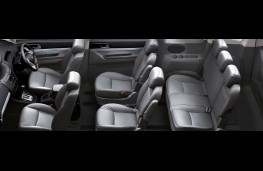 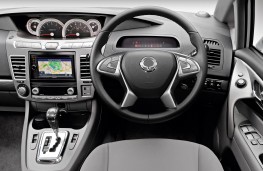 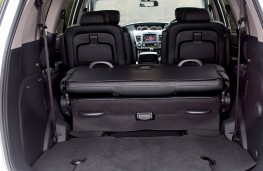 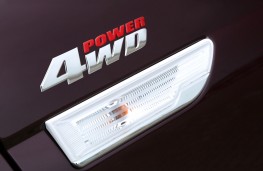 A FULL-size MPV with room for seven adults, space for all of their luggage and four-wheel drive for the same price as some SUVs, saloons or even family hatchbacks?

Not a chance I hear you scoff - but that is exactly what South Korean car maker SsangYong delivers in the not inconsiderable form of its flagship model, the Turismo.

In fact, this is something of a unique proposition for British buyers thanks to its innovative cabin layout and, in this range-topping ELX guise, selectable 4x4.

Most people carriers offer three middle row seats with two at the back that fold into the floor when not in use but which leave little usable boot space when they are and are really only suitable for kids.

The Turismo, on the other hand, features twin ‘captain's seats' in its middle row with space to stroll through to the rear bench, which will easily accommodate three adults. What's more, behind that there is some 875 litres of luggage space.

Admittedly the rear seats do not collapse into the floor, but their backs all fold flat and the bench can be completely removed, offering a huge load capacity of 3,146 litres.

Several permutations are available in between, with the middle seat backs acting as tables for those in the rear when folded down or reclining fully to allow passengers to spread out and relax - during stop-offs on particularly long trips, for instance.

Of course, all that space requires considerable size and, although its styling is certainly clean, sharp and attractive, the Turismo's dimensions are heading into small van territory at more than five metres long and nearly two metres tall and wide.

I was certainly thankful that this car featured an optional (£198) reversing camera as well as rear parking sensors. Light and responsive steering at least makes the job of manoeuvring in town a little easier.

SsangYong doesn't give an official 0-62mph time for the Turismo - and it's not really a figure that's relevant for an MPV - but this big unit nevertheless feels surprisingly sprightly off the mark.

The 2.2-litre diesel engine provides plenty of low end grunt and a positive prod on the gas pedal will see you confidently pulling out from junctions to take advantage of gaps in the traffic.

Admittedly, it is not the most refined oil-burner and does roar somewhat under sharp acceleration, as well as getting quite noisy at motorway speeds. Around town and for day-to-day driving, however, the volume is much more restrained.

ELX models are also fitted with a seven-speed automatic transmission which is sourced from Mercedes-Benz and delivers the sort of smooth progress and unintrusive gearshifts you'd expect of premium German engineering.

Obviously large MPVs are not built to be thrown into corners and the Turismo will yaw and lean if you do but, driven sensibly, the ride is stable and suspension forgiving - ensuring comfort for those aboard and making the Turismo a good long-distance cruiser.

Grip is solid and the 4x4 function, with low ratio, option means that wintery conditions will pose no problem - although limited ground clearance means serious off-roading is probably unwise.

The bargain price, just £25,250 for this flagship model, is also belied slightly by some dated interior design, scratchy plastics and a fiddly foot parking brake.

SsangYong still lags behind some of its mainstream competitors in the economy stakes, though, and average fuel consumption of 36.2 miles per gallon and emissions of 205g/km mean that some of the initial cost savings are sacrificed to higher runnings costs and taxation. 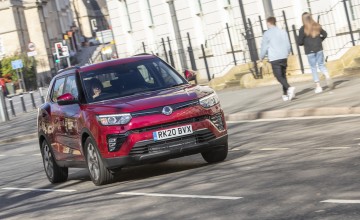 THE SsangYong Tivoli is getting a major makeover with a new look, new interior,... 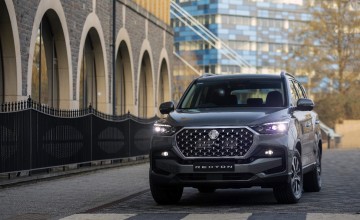 A FRESH look is coming to the SsangYong Rexton as the Korean car maker's... 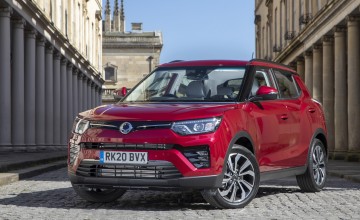 SSANGYONG is a name that is still not instantly familiar, although it might...