By Steve Orme on 2017-01-24 - Steve has been on the motoring circuit since 1979 and has a particular interest in 4x4 with access to off-road terrain. Steve writes the weekly Full Chat column which takes an irreverent look at motoring. A member of the Northern group of Motoring Writers. 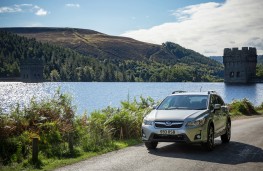 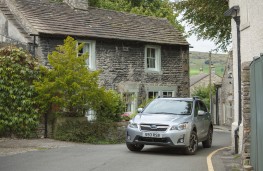 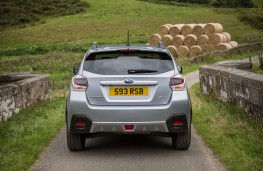 THERE is nothing quite like the human animal for feigning startled confusion. Okay, well maybe rabbits come a close second but they are particularly stupid no matter how tasty in a stew.

We have just had the installation of a gobby chap to the office of Pres of the US of A, a ceremony so traumatising that many hair stylists had to be restrained from falling on their scissors.

Social media was positively foam-flecked with posts from people who saw the running order as: Consternation; inauguration; conflagration followed by crumpets in the fallout shelter.

Of course they may have been right and you are reading this under the stairs.

As a species, as soon as anything leans towards unpredictable, we start running around the farmyard clucking in the belief our heads are about to be chopped off.

So, in a world which Kipling would have had a poem or two to write about, if you are looking for a bit of predictability around the smallholding buy a Subaru.

The XV is Subaru's Qashqai-sized SUV, a contender in a crowded market. Here is one way you can tell the difference between the abilities of different offerings.

On launch exercises where there is not quite the level of self-belief there should be, off-road testing tends to be, er, limp. In the wrist department. A flowerbed or stately home pitch and putt, perhaps.

Fortune favours the brave. Fiat won hearts and minds with a Renegade course which tested the smallster to its limit. Two were bent and several bottomed out on boulders as big as some superminis.

Subaru is another player at the compact end of the market not afraid to trouble the workshop.

Which is why, when you take one into a rural setting, people who know what dirty is will show an interest.

The XV is a crossover for those who think Jimmy Choo is a type of exaggerated sneeze and would rather have stout walking shoes or decent wellies around town on the off chance that some casual ruralism is just around the corner.

The XV is the real deal. Full-time four-wheel-drive, serious 220mm ground clearance and yet without dramatic styling from the wheel arches up. From the outside this will be possibly exactly what you want.

However, beware. This is a business-like SUV first and foremost. At no point has anyone considered its market would reject an interior built for functionality rather than prettiness and a soft touch. It is, on the other hand, practical and roomy both front and back.

It is not a bad place to be, plenty of instrumentation clustered logically and up at the top end the two-litre SE Lux diesel offers a raft of decent equipment for your £27,510. You can get into the XV range for much less, £21,810 buys a 2.0-litre petrol.

Nothing in the line-up is particularly swift, neither is there any outstanding economy boasts. The five-door SE takes 9.3 seconds to reach 62mph and promises 50mpg with £145 a year tax.

How does it drive? Well look, off road you can be as confident as a cocky incoming president and that AWD system will survive years of roughing up. On the road there is a compromise to accept. It is not one for rolling luxury but the target market won't mind that.

Lux Premium models get full leather, a navigator, the usual automated functions, air con and cruise control. Nothing to disappoint and nothing to surprise. It suits me well. But then I get a nosebleed if I go into a city.

And it is a Subaru. So it has a solid AWD system not a scented hankie waved at some slightly damp soil. It will be respected by those who know the importance of chasing your rabbits without the downside of being startled by getting stuck.