years at the top

By Stewart Smith on 2017-01-25 - Stewart was the former motoring editor of the Coventry Telegraph and is now a freelance contributor to Eurekar. He is based in Scotland and specialises in First Drive reviews. 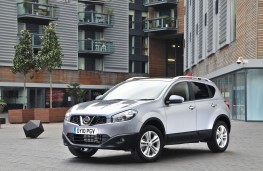 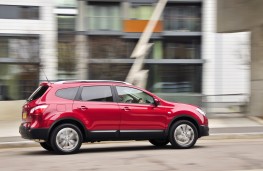 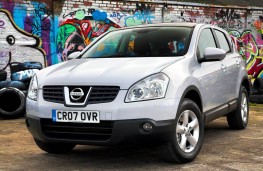 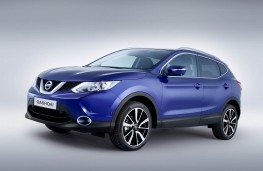 CROSSOVER vehicles have been all the rage over the past few years and the Nissan Qashqai, one of the original in the sector, is celebrating 10 years with more than 3.3 million sales worldwide.

Nissan claims the Qashqai - built in Britain at Nissan's factory in Sunderland - is the model which pioneered the crossover segment as the automotive industry and car-buying consumers know it today with a motor which offered the practicality an SUV with the size, efficiency and performance of a compact hatchback.

The Qashqai's design and versatile packaging started life in 2002, during the development process for what was originally intended to be the new Nissan Almera but the Nissan design team decided to go back to the drawing board and produce a completely new concept.

The first generation of the Nissan Qashqai went on sale in February 2007 and was an instant hit.

Close to 100,000 examples were sold across Europe before the end of the year, and Nissan has never looked back.

Now more than 2.3 million examples have been produced in Sunderland and sold in Europe, which makes it the region's best-selling crossover.

The car has won more than 80 awards, including 19 recognising it as the "Car of the Year".

Paul Willcox, chairman of Nissan Europe, said: "When the Qashqai launched in 2007 it was unique in the market place. It has remained as the number one crossover because it has stayed true to its original ideals, and because we have innovated and consistently added technology through the life of the car."

Nissan's pioneering spirit has unquestionably changed the European car market. In the decade since the Qashqai was launched, crossover sales in Europe have gone from zero to 2.6 million units in 2016 alone.

Almost all mainstream automotive brands now have a Qashqai rival, with 21 direct competitors currently on sale.

And success has spread beyond Europe, with global sales of the Nissan Qashqai now standing at 3.3 million units across 137 countries worldwide.

WE should have become accustomed to expecting innovation from Nissan.After all,...