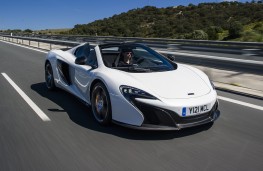 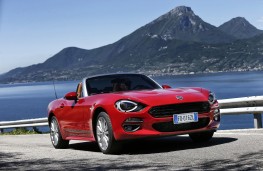 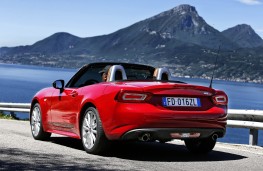 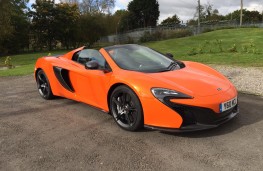 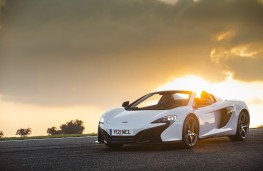 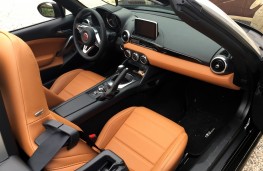 TAKE a good look at these pictures of the McLaren 650S Spider. It is, I'm sure you'll agree, a stunner, fit to grace the bedroom walls of teenage petrolheads around the world.

However, beauty, as us older chaps know, is not just skin deep and the 650S Spider has wonderful depths to its personality too.

For a start, it's what you could - at a stretch - call a multi-purpose supercar. It's a high-performance sports car, thrilling to drive with driver appeal and engagement at the heart of it.

But, it isn't, like some rivals, a stripped out racer. It's fast and furious sure, but comfortable and relatively refined too. Around town, it's a lamb - a pussycat perhaps - in wolf's clothing.

The twin-turbocharged V8 engine is pretty much the same used in all of McLaren's cars but this one has been tweaked to create 641bhp and with that comes staggeringly thrilling performance - the 62mph sprint takes just three seconds and 124mph (200kph) is reached in 8.6 seconds.

From there, aided by a thunderous 678Nm of torque, it will keep on going until 204mph. Yet, it officially returns 24.2mpg with CO2 emissions of 275g/km - impressive considering all that potency.

As usual, the engine drives the rear wheels through a seven-speed dual clutch automatic gearbox but McLaren has sprinkled some magic on its software to give faster and crisper shifts. Believe me, they are Granny Smith crisp!

Kudos here to the heated glass rear window, which operates independently of the two-piece roof. With the roof down, the rear it acts as a wind deflector. With it up, the rear screen can be lowered to allow more aural sexiness into the cockpit.

And you'll want that as, when the Spider is in ‘Sport' mode, the ignition is cut between shifts but the fuel isn't, which gives a fabulous flare and pop from the exhaust when changing up. It's addictive.

The retractable hard top can be automatically raised or lowered in less than 17 seconds at speeds of up to 19mph, by the way.

Swathed in lightweight Alcantara - full leather trim is available - the cockpit is surprisingly roomy and comfortable, even for the fuller-figured gentleman like myself. Shoehorns are not necessary.

The impact of potholes through the rigid carbon fibre chassis are reduced by revisions to the top bushes.

While the front bumper gives the 650S a dramatic, dynamic appearance the integrated front splitter contributes to increased levels of downforce. This offers greater levels of steering feeling and confidence to the driver on turn-in, while also adding to the agility and handling balance. Great at high speed but equally important for sharper steering at low speeds and that everyday usability.

Unique door blades behind the front wheels, on the leading edge of the almost iconic dihedral doors, direct air from the trailing edges of the front splitter, add even more front-end grip and balance.

As well as the carbon fibre chassis, McLaren has used other clever-clever stuff from its rich F1 heritage to produce such a powerful pussycat including full wishbone suspension, Brake Steer and active aerodynamics.

McLaren's pioneering ProActive Chassis Control suspension system has been improved for the 650S. This enables the driver to adjust the ride and handling modes - Normal, Sport and track - in isolation from the drivetrain, giving complete freedom in terms of ride and handling.

It also does away with the need for mechanical anti-roll bars - a staple of other high-performance cars - and one of the reasons why they tend to be so hard and unforgiving at low speed.

Brake Steer aids cornering by bringing the vehicle's nose into the apex by applying braking force to the inside rear wheel, enabling the driver to brake later and get on the power earlier. By using the same hardware as the Electronic Stability Control (ESC) system, it also reduces understeer.