By Chris Russon on 2017-02-08 - The driving force behind Eurekar. Chris heads up a team of motoring correspondents under the Driving Force banner. Prior to Driving Force becoming independent in 2010 he was Chief Motoring Editor for Trinity Mirror Regional newspapers. Chris has been writing about cars for almost 40 years. 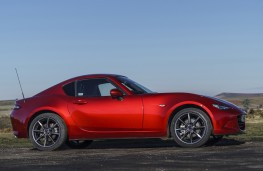 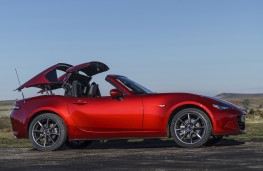 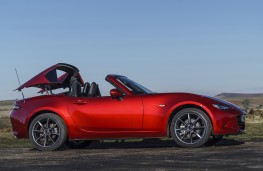 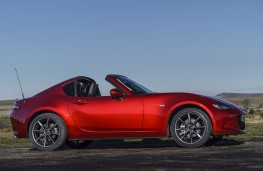 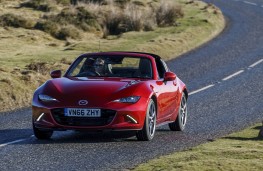 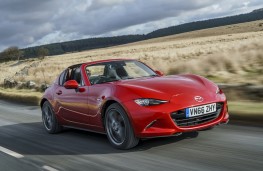 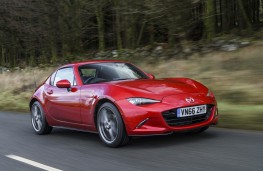 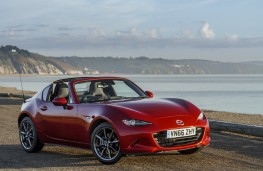 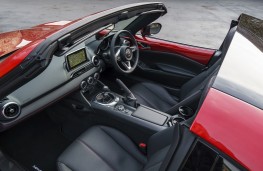 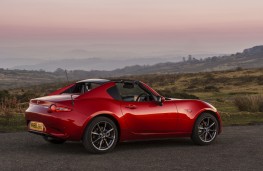 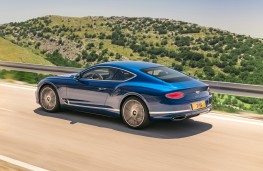 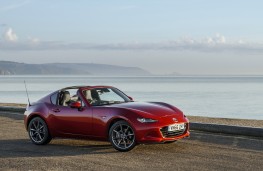 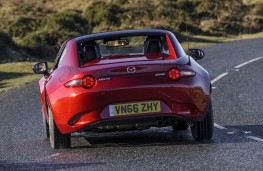 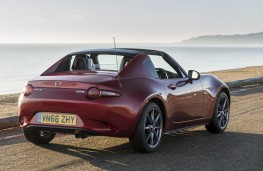 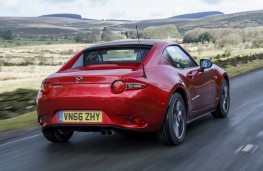 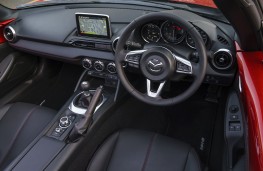 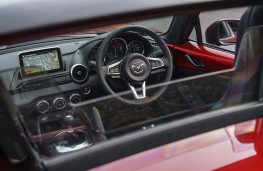 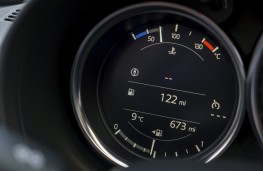 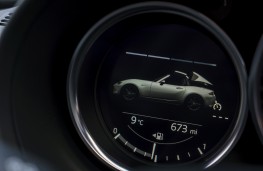 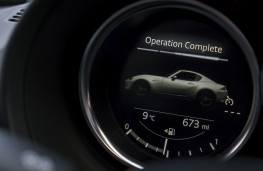 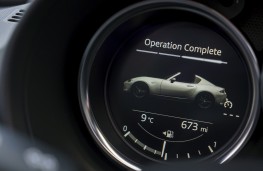 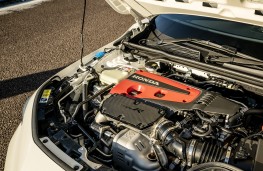 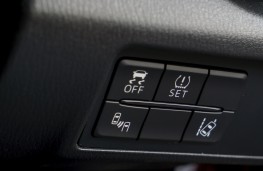 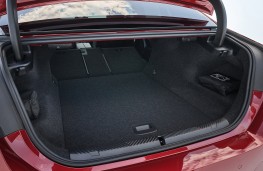 BEAUTY will always lie in the eye of the beholder but few can argue about the looks of Mazda's latest MX-5 sports car.

Lithe, sleek and simply stunning it is due for release on March 4.

As with the MX-5 roadster it is powered either by a 1.5 or 2.0-litre SKYACTIV engine tuned for performance on all fronts.

And to make a mark, Mazda is offering a limited edition run of 500 high specification versions of the new RF with exclusive paint jobs and trim costing from £28,995.

For sports car fans the RF is uber-desirable and possesses masses of kudos.

We have just tried out the new MX-5 RF in the exclusive Launch Edition trim and it has sensation stamped all over it.

Unlike other so-called coupe convertibles which replicate the looks of the roadster when the roof is down, the MX-5 RF has a different take on the open top transformation.

The roof retraction sequence sees the car's three piece canopy slide away electronically in 13 seconds leaving a speedster-style back with two side buttresses flowing aft of the cockpit.

It's a complex affair and watching the RF morph is an intriguing experience.

The hard top is made from steel, aluminium and a plastic composite and can be operated on the move but only at walking pace.

Roof up or down the MX-5 RF looks a million dollars and such is the cleverness of the design boot space of 127 litres is no different to the roadster.

With the exception of a tiny 5mm increase in height, the dimensions of the two cars are the same and that means the RF retains all the characteristics which saw the MX-5 crowned World Car Design of the Year in 2016.

On the road the open top experience in the RF is as exhilarating as in the roadster. Roof closed and noise levels inside rise are well suppressed around town but as the speed increases some wind sound will penetrate.

For the RF Mazda has replaced the black mesh wind deflector at the rear of the cockpit by a clear acrylic screen and that has improved vision through the mirror as well as helping to reduce turbulence inside when exposed to the elements.

The Launch Edition models have Alcantara trim throughout the cockpit and across the facia which gives a quaility air. There's also a numbered plaque denoting its limited edition status.

Recaro sports seats are another feature and the special models are available either in Mazda's exotic Soul Red paint job or metallic grey - finishes which are a Â£670 option on other grades.

With either colour the Launch Edition cars come with a high gloss black finish for the roof panels which sets them apart.

Powered by the 2.0-litre 160ps SKYACTIV engine they are as lively and agile as the roadster and with the roof construction and its associated gubbins adding 45kg to the weight, Mazda has uprated the steering and suspension to accommodate the changes.

All 2.0-litre Sport Nav models - on which the First Edition is based and priced from Â£25,695 - have sports suspension and Bilstein shock absorbers as well as limited slip differential which add to the car's already capable credentials.

There's also some underbody stiffening to boost rigidity but the car remains splendidly nimble, just as a proper rear-wheel-drive sports car should.

On the performance front, the RF may be a fraction slower through the gears than the roadster but you would never know that 0 to 60 takes 7.4 seconds compared to 7.2. Top speed is actually up from 133mph to 134.

Fuel consumption, however is impressive and we saw an average of 42 to the gallon during a brisk drive across the wilds of Dartmoor at the UK launch of the new RF.

That exceeded the official fuel return of 40.9 and demonstrated the effectiveness of the SKYACTIV powertrain which is designed to get the best from the car without compromise. Emissions are rated at 161g/km.

On the road it is equal to its open top counterpart and the driving experience is nigh on superb with the six speed box slick and precise and plenty of oomph on demand.

As with the roadster, the cockpit layout is neat and intimate and while onboard storage space is on the tight side - there are no door pockets or glovebox - there is a tray for a phone, detachable cupholders and a lockable compartment in the rear bulkhead.

All have a seven-inch display screen and the RF has an additional 4.6-inch TFT display gauge in the instrument panel which shows a graphic of the roof when retracting and also gives trip readouts and a compass bearing.

Sat nav is standard and so is Internet connectivity for apps via a smartphone.

It's an impressive manifest but then the MX-5 RF is a hugely impressive car.

For my money it is one of the classiest pieces of kit on the road today - something that just has to be seen in the metal, especially in the Soul Red finish. 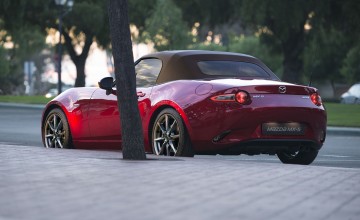 AN upgraded version of the iconic Mazda MX-5 is on the way with a more powerful...