By Maxine Ashford on 2017-02-13 - Maxine has been a journalist since the late 1980s and for the past 13 years has specialised in motoring. Former motoring editor at Media Wales responsible for the Western Mail, South Wales Echo, Wales on Sunday. Freelance since 2009, Maxine loves cars but not quite as much as rugby! 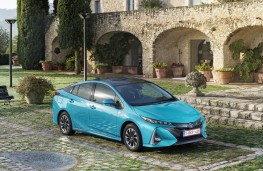 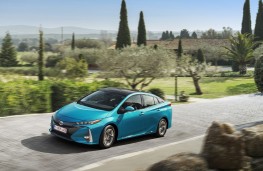 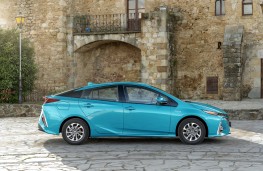 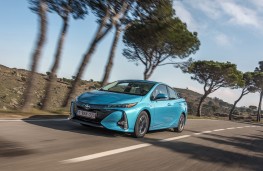 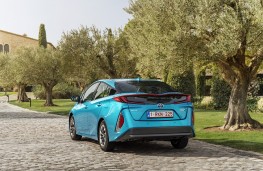 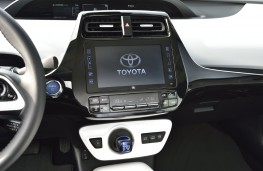 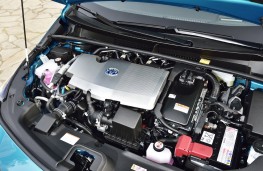 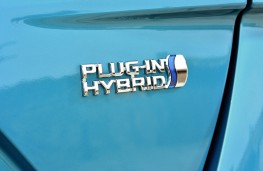 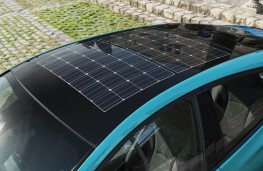 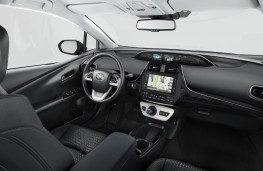 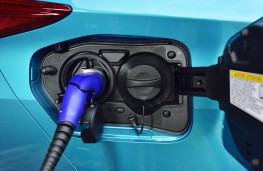 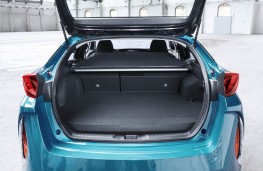 TOYOTA lays claim to being the first car manufacturer to introduce the concept of plug-in hybrid technology when the Prius Plug-in was launched in 2012 and now the company is really stretching the boundaries with the second generation model.

These pioneering features are testament to Toyota's goal of reducing its whole-fleet CO2 emissions by 90 per cent by the year 2050 through the use of hybrid, plug-in hybrid, electric vehicle and fuel cell technologies.

And as a result of all the latest advancements and an ambitious drive to keep on evolving, the latest Prius Plug-in Hybrid Vehicle boasts an EV range that has more than doubled to beyond 30 miles, has a dual motor drive system that helps the vehicle achieve improved acceleration with an EV maximum speed of 84mph.

In addition charging times have also improved by 65 per cent and the car now takes two hours when using a special charge point or three hours 10 minutes via a standard household plug.

The new-look model is longer, wider and lower than its predecessor. And it's certainly a head-turner with its strong frontal design accentuated by the three-dimensional grille and thin, ultra compact four-LED headlamp units.

The vertical daytime running lights and indicators at the edge of the front wings also reinforce the car's low, ground-hugging, sporty stance.

There are two-tone 15-inch alloys, a double-bubble rear screen, rear spoiler, plus LED rear light clusters to complete the styling.

Move inside and the Prius PHV features a clear, clutter-free, layered dashboard design with satin chrome trim. There is an eight-inch infotainment screen and PHV-specific dual 4.2-inch multi-information displays.

The car has been designed for comfort and there are two individual seats in the back separated by a central console. Two six footers can sit comfortably in the rear even with the front seats pushed right back.

The new car is available in two trims. There is Business Edition Plus, costing £34,895 which is expected to account for 70 per cent of sales and features Toyota Touch 2 with Go Touchscreen multimedia and navigation system, heated auto-dimming door mirrors, rearview camera, dusk-sensing LED headlights, a colour head-up display, Bluetooth, a six-speaker audio with DAB and heated front seats.

Excel models are priced at £37,095 and add the likes of rain-sensing wipers, intelligent park assist, front and rear parking sensors, a 10-speaker JBL sound system, voice recognition for the multimedia and navigation system and leather upholstery.

Toyota makes clever use of the space within the car with the large lithium-ion battery stored under the rear load space. As a result, the boot has a capacity of 360 litres which is increased to 1,204 litres with the rear seats dropped flat.

The Prius PHV is the first to feature a Dual Motor Drive System which allows EV power to be increased by about 83 per cent. This means the car has better acceleration, improved driving dynamics and an increased EV speed of 84mph. This is achieved thanks to a highly compact one-way gear within the transaxle which allows the hybrid system generator to act as a second electric motor - clever stuff.

But that's not all as the car has a world first with a gas injection heat pump that powers the air conditioning. It can heat the cabin without starting the engine even when the outside temperatures have plummeted to minus 10 degrees C.

Then there is the solar panel technology. A large solar panel is fitted to the roof to generate electricity to charge the hybrid battery. When the vehicle is parked but not plugged into a charge point, the solar roof charges an intermediate solar battery.

In turn, when this is fully charged it delivers an extra boosting charge to the main hybrid battery. When the car is on the move, the solar charging system charges the 12-volt auxiliary battery thus reducing the drain on the hybrid battery's energy.

Toyota believes this solar panel technology which is a Â£1,500 optional extra on Business Edition Plus only models, can increase the car's EV driving range by about 400 miles per year in the UK (more in sunnier climates!)

Driving the Prius PHV is a 1.8-litre petrol engine that works in conjunction with the dual motor drive and larger battery pack.The total power output is 120bhp/90kW and it can sprint from 0-62mph in 11.1 seconds and onto a top speed of 101mph. According to official figures the car can achieve 283mpg with carbon emissions of 22g/km.

We tried out the range-topping Excel model and it certainly impressed. With its lower centre of gravity the car is certainly more engaging to drive with better driver feedback. On a testing road route comprising busy Barcelona traffic, sweeping country lanes, tough hill climbs and motorways, the car coped admirably.

The road holding was assured and the acceleration swift and smooth. This did become more difficult when climbing long twisting ascents as the CVT gearbox screamed and spluttered a little. But that aside, the car was beautifully quiet and any wind, road and engine sound was kept at bay by the highly effective insulation and improved sound proofing measures.

It's fun playing with the modes and switching to electric-only adds an injection of power that's really noticeable. It's also useful to be able to boost the battery power levels on the move as this might prove vital if driving through a congestion charge zone.

The car goes on sale in the UK on March 1 with a £2,500 government plug-in grant to bring costs down and Toyota is predicting 43 per cent of sales will be retail with the remaining 57 per cent as fleet.

All in all, the new Prius Plug-in Hybrid is quite a car. It looks amazing, drives beautifully, is futuristic in its interior design, is packed with technology and it's good for the planet too. On the downside - it's not cheap to buy and Â£30,000-plus can buy a lot of car. 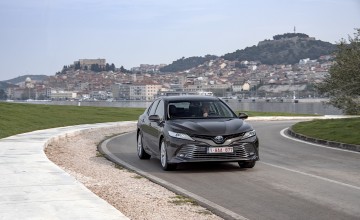 Toyota Camry back in UK

AFTER a gap of 15 years Toyota is bringing Camry back to the UK market with a...