Toyota plugs in with 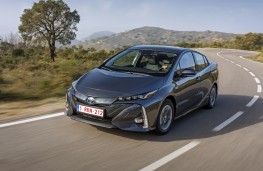 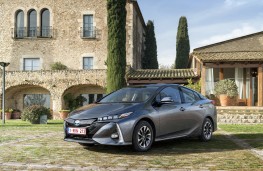 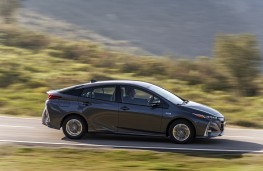 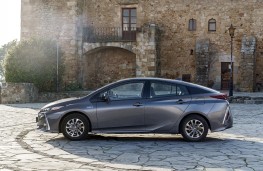 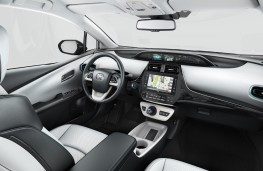 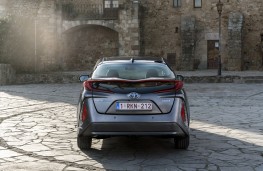 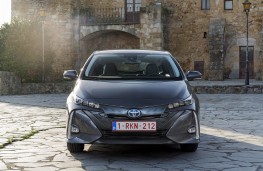 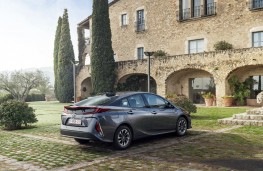 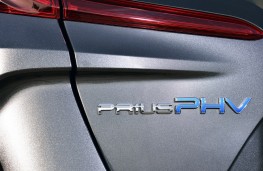 TOYOTA continues to push on down the hybrid route for new models.

Currently one in three of all their new cars sold in Britain are now driven by this ‘clean' technology and by 2020 Toyota bosses expect to the see it be the totally dominant choice of power.

The latest to join the fray is the Prius Plug-In Hybrid which is really a niche model and is the second such version (the first plug-in arrived here in 2012) and is naturally largely based on the fourth generation Prius which went on sale in the market last summer.

This latest plug-in edition does have two key advantages over the 2012 model it replaces providing the driver with far more enjoyable driving dynamics and it's also more fuel efficient with a phenomenal theoretical fuel figure of 283mpg.

But potential buyers will still have to ask themselves whether it's worth the extra money at the end of the day.

Even with the government grant of Â£2,500 towards the cost of a Prius this latest plug-in doesn't come cheap - there are just two versions starting with the Business Edition at Â£32,395 with the alternative being the Excel trimmed and slightly better equipped at Â£34,595.

Compare these prices then with the current non-plug-in Prius, which varies between around Â£24,100 and Â£28,200, and it's easy to see why Toyota GB expects to sell only 435 of them this year with just over a half to fleets and the rest to private buyers.

But it's all part of an on-going philosophy by Toyota worldwide to be seen as the major hybrid car maker.

Plug-in cars are currently a small aspect of this but are growing rapidly in numbers and they are sold on their pure electric range potential which in the new model has more than doubled - from around 15 miles to over 30 miles.

Coupled with a 1.8-litre 98bhp petrol engine that comes into play alongside the electric motor when needed, it makes for a total of a 120bhp.

There's a choice overall of Normal, Eco and Power driving modes with HV, EV, EV City and Battery Charge Mode and whilst initially a new driver sitting behind the wheel of a Prius Plug-In for the first time it will seem a bit daunting, once they have adapted to driving a PHEV good economy will become second nature.

Switching to and from the modes is dead easy too with simple, straightforward buttons on the dashboard and changing from to another and back again does show how versatile this plug-in can be on a journeys, particularly from in-town, stop-start driving to full power mode out on the motorway.

As for driving this new model there are two notable improvements. Firstly it is much quieter with less vibration levels inside the cabin which Toyota says is down to better insulation.

The second is the much improved (and welcomed) overall performance of the car out on the open road and although the CVT automatic transmission is still far from my favourite this latest version is better and again quieter on the move.

The CVT still revs high and a bit raucous sounding initially when the driver pushes down hard the accelerator pedal but this time it's noticeably quieter.

Toyota claim overall performance is now 0 to 62mph acceleration in 11.2 seconds and as well as that incredible fuel figure emissions are down to 22g/km.

Thankfully with a 42-litre petrol tank on board it allows the car to be driven quite a long way before the driver needs to find a socket to plug it in.

Toyota engineers say that it will take about three hours to be charged up on a normal, household 13 amp socket and any owner with a rapid domestic charger installed at their home the job can be done under two hours.

In terms of outside looks the Prius Plug-In only differs slightly from the non-plug-in model with slight changes front and rear end while elsewhere it's much as you were though the bigger batteries do take up more boot space.

Inside there's not too much difference with this plug-in over the normal current Prius aside from having more graphics displayed on the dashboard screen to tell the driver instantly how efficient or otherwise the hybrid is being used.

A new innovation on the plug-in model is the installation of a solar panel roof which Toyota claims to enable the car to drive around 400 miles of all electric motoring a year in city traffic.

The trouble is that this unique feature is only available on the cheaper of the two models being offered - the Business Edition - since the dearer Excel has leather seats as standard and that could spell trouble when generating heat from the solar panels.

Overall this definite niche plug-in model is much improved making it more environmentally friendly and again keeps Toyota well ahead of rivals in the hybrid power stakes.

THE name's familiar...and so is the concept - a four-door, regularly shaped...

THE world's most successful self-charging hybrid car is being given a thorough...