Not looking where we

By Ian Johnson on 2017-02-14 - Ian has been a member of Driving Force since its inception. He began his career in journalism in 1962 on the Cheshire Observer and took over the paper's motoring column in 1966. Specialist areas include classic cars, product launches and automotive comment. 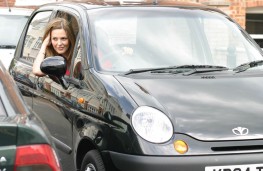 WITH so much attention focused on speeding, plus drink and drug driving you would not be blamed for thinking most accidents can be blamed on such bad behavior by certain drivers.

But there is another factor which is causing deep concern with the police and insurers.

And that is the staggering number of drivers involved in accidents who are just not looking where they are going.

I know this only too well because a few weeks ago while stationary at traffic lights a car ploughed into the back of my vehicle without even braking.

Thankfully there were no injuries, but the other driver just threw his hands in the air and said that his attention was distracted and he did not see me.

Analysis by Direct Line car Insurance reveals more than 47,000 drivers have been involved in car crashes at least partly as a result of failing to look properly.

The research, based on Department for Transport statistics, reveals that whilst speeding was only attributed to three per cent of accidents, it's actually drivers not keeping their eyes on the road which is the most common contributing factor (25 per cent) in accidents.

Poor judgement also plays a key factor in accidents on the UK's roads: according to the data, with 13 per cent of drivers contributing to accidents as a result of failing to judge another vehicle's movement or speed.

Driving recklessly or while in hurry, and conducting poor turns are both attributed to nine per cent of drivers in crashes.

Of the 20 most common factors in accidents, illness or disability (84 per cent), loss of control of the vehicle (80 per cent) and swerving (72 per cent) are most likely to result in the driver suffering injury. Overall, injuries to drivers only occur as the result of a collision in 46 per cent of cases.

So why are so many drivers not keeping their eyes on the road?

It is all a matter of self-discipline by detaching from in-car arguments, music, hands free talk sets and the like.

And in modern cars with a plethora of gadgets and controls it is so easy to let the eyes and attention wander.

I have a theory that many drivers treat their car as an extension of their home and sometimes forget that it can be a lethal object if driven carelessly.

So it has to back to good old basic common sense. Modern cars are faster, quicker and when at the wheel you just cannot take your eyes off the ball. Telling yourself this before you drive might save a life.