By David Whinyates on 2017-02-16 - David is one of the UK’s most experienced motoring writers and was instrumental in setting up the Driving Force syndication service for Britain’s biggest regional newspaper group. Former Chief Motoring Editor of Trinity Mirror Regionals, he is Driving Force’s Consultant Motoring Editor and a director of Driving Force Media Ltd. 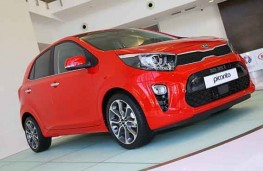 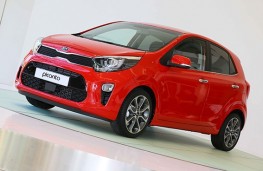 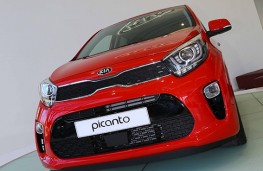 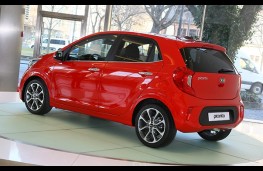 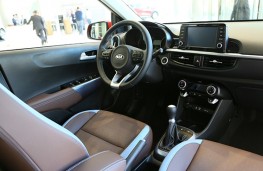 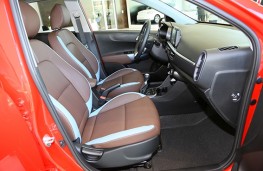 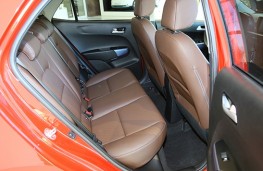 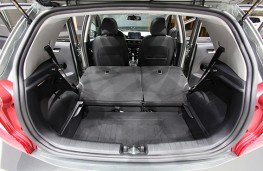 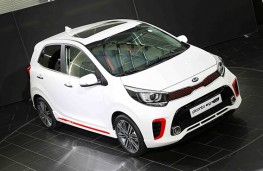 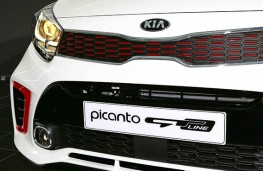 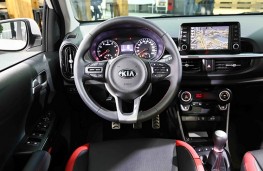 THE third generation of Kia's popular Picanto city supermini will go on sale in just a couple of months' time and the Korean maker has now revealed full details of what it claims will be the most versatile car in its class.

Set to be revealed to the motoring public at the Geneva Motor Show next month, the latest version of the Picanto looks much more on trend and has more road presence thanks to a new, more sporty and youthful design. It comes crammed with the latest technology and, according to Kia, the largest luggage capacity in the city car class.

The third-generation model will eventually come with a choice of three petrol engines, including Kia's new 100ps, one-litre turbocharged direct injection (T-GDI) power unit which will be the most powerful engine ever offered in the Picanto, offering a top speed of over 110mph with a 0-60mph acceleration time of around 10 seconds.

But that engine won't be available until towards the end of the year - until then, buyers will have the choice of two enhanced versions of naturally aspirated one litre and 1.25 litre engines carried over from the outgoing Picanto.

Although it's no longer than before, the latest model has a slightly longer wheelbase which has enabled designers to free up more interior space. The company claims that the new Picanto has more leg and head room than best-selling rivals while boot capacity has been increased to a whopping 255 litres- up from 200 litres - the most of any car in the class.

The luggage compartment features a two-step floor, which can be raised or lowered by 145 mm to create additional space as required, as well as creating an under-floor storage area. The 60:40 split-folding rear seats can be folded down completely flat. With the seats down cargo capacity is boosted to 1,010 litres.

Unlike its predecessor, the new Picanto will only be available with five-doors, with Kia discontinuing the three-door model for the third-generation car. One litre models will, however, come with a choice of four or five seats.

Trim levels for the UK market have yet to be revealed but, for the first time, Kia will offer the Picanto in a new GT-Line specification, inspired by the sportier appearance of the company's higher-performance GT models.

The exterior of GT-Line models will feature red, silver and black highlights in the grille, side intakes, along the side skirts and in the rear valance, as well as chrome-tipped twin exhausts.

Kia claims that buyers will have access to some of the most advanced infotainment and convenience technologies available in the class including a large, ‘floating' seven-inch touchscreen at the centre of the dashboard which houses a navigation system with 3D map, and is available with Apple CarPlay™ and Android Auto™ for full smartphone integration.

A rear-view parking camera with dynamic guidelines is also on offer as is an optional wireless smartphone charger and USB port, located at the base of the centre console.

Worldwide, more than 1.4 million of the current-generation Picanto have been sold since it was launched in 2011, with more than 300,000 of those sold in Europe. 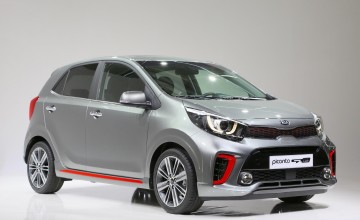