By Robin Roberts on 2017-02-19 - Has had with a career spent covering the automotive industry and particularly its Welsh component suppliers - he can not only tell you what goes where but possibly who made it fit. He has been a motoring journalist based in Wales for three decades. 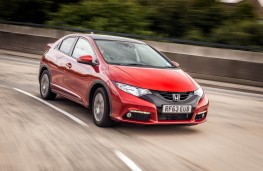 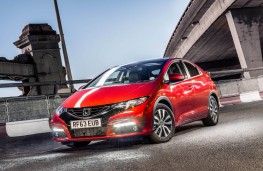 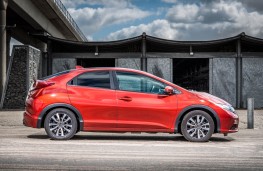 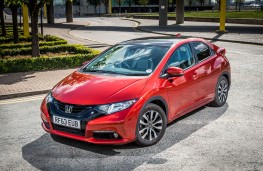 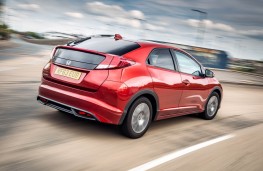 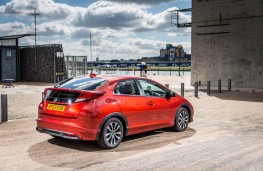 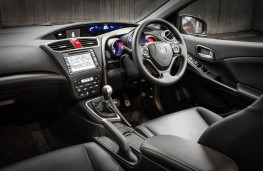 THERE is something very British about the Honda Civic 1.4S.

Not only is it built in Swindon with parts from suppliers around the country,but it has a sort of middle England feel.

It is straightforward; sits firmly in the family sector in terms of design, engineering and size and it is unchallenging to drive and own.

If the Civic was a person, you'd probably bump into them in a local pub, and no matter how early you turned up, it would be there before you.

The Honda Civic range is very big with everything from a modest family car to a hot hatchback, but today we are looking at the lower end of the series with the 1.4-litre engine.

It is an easy starting, willing little unit and unless you really push it, the noise level is modest.

Tagged on is a six-speed manual gearbox and the ratios are intended to stretch economy rather than legs as it's not quick from standstill or through the gears.

It will easily hold the motorway maximum and the longer gearing helps take fuel economy over 40mpg on occasion or just under if loaded.

The clutch is light and progressive, the gearchange very slick with a stubby lever set high on the console.

Brakes are well balanced and smooth, the steering a little dead to the touch but the turning circle is good and there's no vibration over bad surfaces.

Suspension is generally good. Really bad surfaces will catch it out and you can feel the odd bump but most of the time it soaks up surface irregularities without a problem, but with some bump-thump noises from the wheels.

Secondary controls are the familiar stalks and fascia switches, all well laid out and convenient and backed up with some straightforward dials but they're scattered about the fascia and not easy to take in at a glance.

I liked the simple heating and ventilation controls and the say the system worked in the cabin, with powered windows all round if wanted.

Oddments space is good, not exceptional and the boot capacity is reasonable, quickly tripling with the seats folding in sections.

Access for driver and passenger is good and the room is adequate so long as a driver is not too tall and may find the seat travel on the short side. Shape and support in the seats is very good.

The ride comfort in the Honda Civic 1.4S is good. The car has little body roll or pitching under throttle or brake, but it is slightly firm without being uncomfortable.

Handling is near neutral with a bias towards running wide on turns at speed, although lifting off the throttle quickly brings it all back on course.

The main criticism I continue to have with the Civic is the very poor visibility to the rear, where the high tail has and spoiler which further reduces what you can see through the glass. Three-quarter blind-spots created by the C-pillars are also annoying.

Wipers and wash were effective if a little slow sweeping the windscreen but the lights did a good job with a wide beam on country lanes.

Apart from the ever-present, low level road rumbles and the occasional busy engine note, the Honda Civic 1.4S was a quiet and composed car.

DON'T expect Rolls-Royce to produce a hatchback any time soon - or Bentley or...