By Steve Orme on 2017-02-22 - Steve has been on the motoring circuit since 1979 and has a particular interest in 4x4 with access to off-road terrain. Steve writes the weekly Full Chat column which takes an irreverent look at motoring. A member of the Northern group of Motoring Writers. 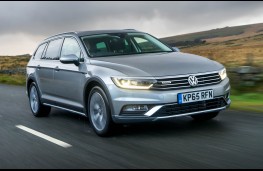 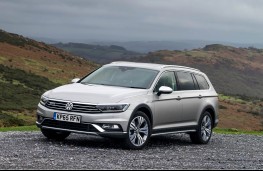 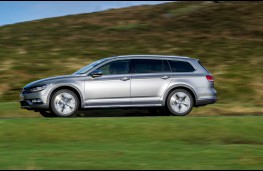 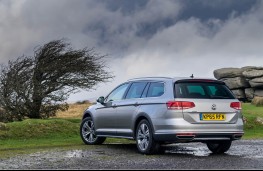 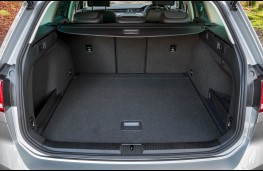 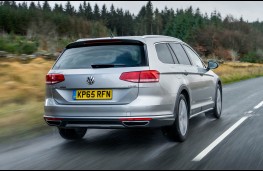 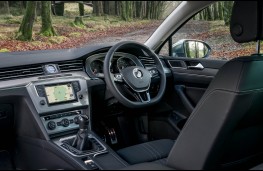 LARGE estate cars have rather fallen out of fashion in a world dominated by the family crossover.

There was a time when no range was complete without a large portions hangar on wheels big enough to house the entire Fleet Air Arm.

Then again much technical development today is more tightly proportioned, even the Royal Navy's latest aircraft carrier will be compact enough to do sight-seeing trips around the bay on its day off.

Obviously the Americans can still point to a big one but that's their problem, frankly.

The excessive size of estate cars probably reached its height with the final Ford Granada, an Ark Royal of an estate.

Parked facing to the north father gained his pilot's seat in Yorkshire while mother boarded in Lancashire. The kids climbed in around mid-Cheshire while a man loaded dogs and luggage into the boot in Shropshire.

Hitch a caravan to the back and the Lake District was effectively full.

About as versatile a vehicle as you could get, a warehouse on wheels for Dave Dymo, toilet brush super salesman.

Of course what they were not was blessed with any traction assistance like mild 4x4 but they did do a nice line in cumulous nimbus towards the tailgate.

Now I know there was a Scirocco 4x4 but for a long time the go to address for an all-wheel drive which was not effectively a military vehicle was Subaru. Oh, and Audi thought it quite a wheeze to put quattro into the Avant.

Which is how we come to be aboard its sister ship from VW, the Passat Alltrack estate, a luxury item with all-wheel drive avoiding the world of high-roast.

The two-litre TDI SCR 4Motion six-speed DSG is a bit of a mouthful but a lot of a car.

For a start, given its body size, the Alltrack is no slouch. With 188bhp to exercise it will hit 62mph in eight seconds with the option to keep on climbing to 137mph - about as relevant to you and I on Britain's roads as custard bumpers

Thirsty then? Not particularly all things considered, expect to return around 50mpg with considered right footedness and more on long, smooth motorway runs, whatever one of those is.

With its standard features the two-litre will set you back £34,835 and there is little point in mentioning tax because shortly after you read this the die will be cast on a new course of treasury administered punishment.

Not a small price tag you will probably be thinking so what's in the package? Well a fair old chunk but the really tasty bits are extras.

Standard kit includes every passive safety feature known to man, cruise control, automated lights and wipers as well as see you home help. Yes, it meets all the connection and entrainment needs and has a navigator, three-zone air con as well as all sorts of styling and mood lighting.

Add in an advance Discover, voice activated navigation package, an information service for weather and traffic and the ability to mirror your smartphone display and the price begins to climb.

A driver aid pack with lane warning, pedestrian protection side scan and help in traffic jams and a heads up display rounded that off with trailer assist, swivel towbar, heated seats and washers, all round cameras and the price reaches over £44,000.

On the road you don't really notice the 4Motion until things get slippery and the interior plushness adds to a comfortable ride set up, there is some roll in the corners and if you are an enthusiastic driver you will appreciate the level of grip.

Off road this is an option for the semi-rugged life, a cut-price Audi Allroad.

There are body hints to its track and field aspirations and a button by the gearshift engages an electronic diff lock to boost mud tackling, as well as hill descent control.

The Alltrack comes into its own as a towcar on grass and lumpy loose bits. It's not a front-line 4x4 option but a way to meet your deep water needs without buying a battleship.

THE Volkswagen Touareg is a big bear of a motor - but unlike Baloo in the... 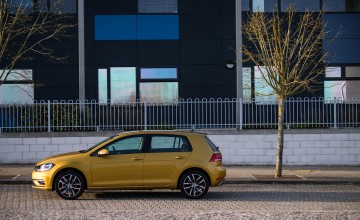