By Chris Russon on 2017-02-28 - The driving force behind Eurekar. Chris heads up a team of motoring correspondents under the Driving Force banner. Prior to Driving Force becoming independent in 2010 he was Chief Motoring Editor for Trinity Mirror Regional newspapers. Chris has been writing about cars for almost 40 years. 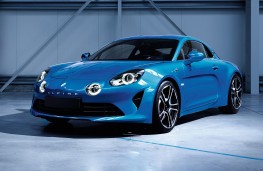 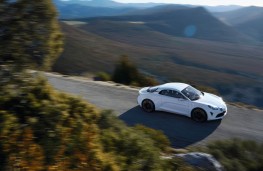 THESE are the first images of the new Alpine sports car which will have its world premiere at the Geneva Motor Show.

The Alpine A110 harks back to the legendary Berlinette model of the 1960s and 70s.

Made from a lightweight aluminium body and underpinnings, the French-built two seater will be on sale later in the year.

With Alpine now part of the Renault group, the A110 will be produced at the company's factory in Dieppe which currently produces Renault Sport models.

The A110 is expected to have a sub-4.5 second 0 to 60 acceleration time from a new four-cylinder turbo engine.

Alpine shot to fame with the original 110, which won series of rallyes including the Monte Carlo Rallye in 1973.

The last model was produced in 1977 and Alpine ceased sports car production in 1995 with the A610.

The company was founded in 1955 by Jean Redele and was originally acquired by Renault in the 1970s.

More details are due to be announced when the car is revealed at Geneva next Tuesday.