By John Murdoch on 2017-03-05 - John is regional editor for Media Scotland's Lanarkshire and Lothian titles. Three times president of the Association of Scottish Motoring Writers he has been writing about cars for over 40 years. Recently awarded lifetime membership of the National Union of Journalists and was the subject of a motion in the Scottish Parliament congratulating him on his service to newspapers. 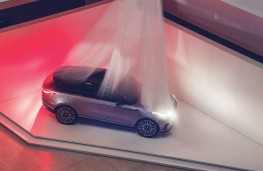 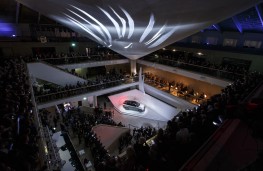 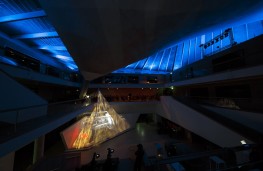 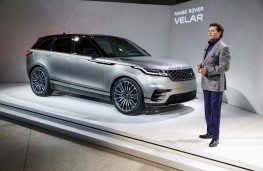 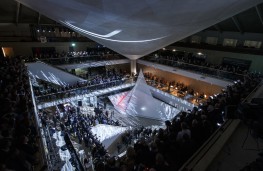 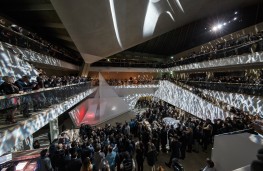 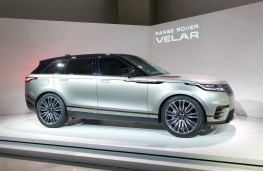 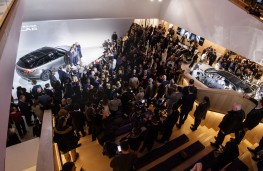 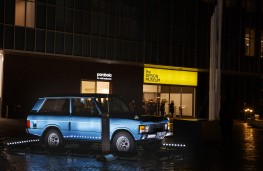 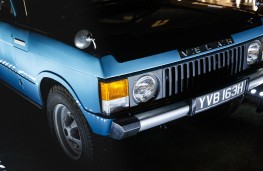 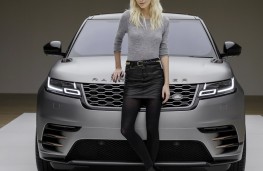 And soon more cash will be rolling into the coffers thanks to the latest addition to the Range Rover's SUV family.

The all-new Range Rover Velar has been designed to fill the gap between the top selling Evoque and the high performance Range Rover Sport.

Priced from £44,830, the Velar will be on sale from July with £85,450 being the tab for an exclusive First Edition model

Already 40,000 customers have indicated their interest in purchasing the company's new star.

The Velar looks stunning and features include a twin touchscreen virtual control panel in the cockpit, door handles that retract into the bodywork and the arrival of the first of Jaguar Land Rover's Ingenium petrol engines.

The Velar had its world premiere in front of a VIP audience at London's Design Museum in Kensington and it certainly wowed the crowd.

It is the most aerodynamic model Land Rover has produced and the low drag combined with its lightweight aluminium construction give the entry level Velar an official fuel return of 52.5mpg with emissions of 142g/km.

That model is powered by a 2.0-litre Ingenium diesel engine developing 180bhp which results in a 0 to 60 acceleration time of 8.4 seconds.

The most powerful Velar comes with a supercharged V6 petrol producing 380bhp taking the 0 to 60 time down to 5.3 seconds, although emissions rise to 214g/km and fuel economy drops to 30.1mpg.

Every aspect of the new car's design is striking, from its huge alloys to its ultra-slim lights, but it is the astonishing interior that really will have customers drooling.

Land Rover has opted for a high tech, minimalist style replacing almost all of the switches with two 10-inch touchscreen panels in the centre of the dash.

In dramatic fashion they burst into life when the ignition is switched on and give access to all of the car's amazing technology via full colour graphics.

The Velar offers all the luxury you would expect to find in a Range Rover but some new choices are available to customers thanks to a deal with a Danish textile firm.

The result is that the Velar will be offered with new cloth and suede-effect finishes as well as the traditional leather.

Another first for the Velar is the arrival of the new Ingenium petrol engine which is being produced alongside the existing diesel blocks at JLR's multi-million pound powertrain plant in Wolverhampton.

The Velar itself is built at the Land Rover works in Solihull, where all other Range Rovers, except the Halewood-manufactured Evoque, are made.

Developing 250bhp, the new 2.0-litre petrol Velar will be priced from £52,150 and the engine will be available in all but base level trims.

An uprated version, boosted to 300bhp will be joining the line up later while other engines being used in the Velar are a 240bhp twin turbo Ingenium diesel and a 300bhp 3.0-litre V6 diesel. All are mated to eight-speed auto boxes.

Adaptive damping and torque vectoring will feature on every model while those with V6 engines have air suspension to improve ride quality.

It may have bags of glam but the Velar still has full off-road ability and uses the brand's electronic Terrain Response system to maximise performance. It also has a towing limit of 2.5 tonnes.

Ground clearance is more than eight inches, almost 10 inches with the variable air suspension and the Velar can wade through two feet of water.

Other technology being made available includes a driver fatigue monitor, automatic cruise control, cross traffic alerts when reversing and a semi-autonomous drive mode which can lock on to the vehicle ahead while in traffic.

Connectivity makes use of a 60GB hard drive and includes Wi-Fi for up to eight devices as well as the ability to track the vehicle remotely via an App or heat it up on a winter's morning from the comfort of your home.

On the convenience front, the tailgate operates automatically and for outdoor leisure purposes JLR's Activity Key - a weatherproof wristband which replaces the conventional key fob - is another option.

The stunning First Edition models will be available during the first year of production and come complete witha 1,600 Watt Meridian sound system, 22-inch alloys and have LED matrix headlamps.

Customers can also specify the car in satin silver paintwork which was used in the initial concept models.

The Velar looks amazing and there is sure to be a rush when the order books open when the car makes its public debut at the Geneva Motor Show. 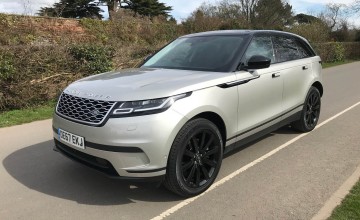 ADDING a sense of theatre to its vehicles has served Jaguar Land Rover well...

TALK about spoilt for choice. Faced with spending a fat year end bonus on a... 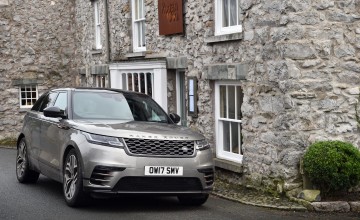 TO some extent the Range Rover Velar sneaked-up on the automotive world.There...