By Ian Johnson on 2017-03-13 - Ian has been a member of Driving Force since its inception. He began his career in journalism in 1962 on the Cheshire Observer and took over the paper's motoring column in 1966. Specialist areas include classic cars, product launches and automotive comment. 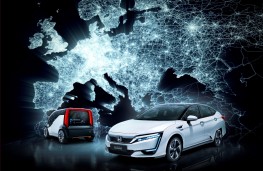 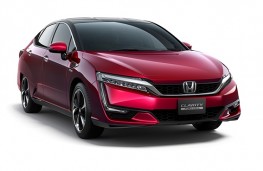 A VISION of the motoring arena of 2025 in which hybrid, plug-in hybrid, battery electric and fuel cell cars will make up two thirds of European sales has been outlined by Honda.

Speaking at the 2017 Geneva Motor Show, he told of Honda's commitment to an electric future in Europe with a specific aim to have electrified powertrains in two thirds of European cars sold by 2025.

The announcement confirms that Europe is at the forefront of Honda's global electric vehicle strategy.

The statement gave a clear indication of intent to utilise Honda's global R&D resources to accelerate the introduction of a full portfolio of advanced, electrified powertrains for the European customer."

Honda's focus on electrification in Europe will initially be driven by a roll-out of hybrid technology across its automobile range. The first new hybrid model, which will feature Honda's two-motor hybrid system, will go on sale in 2018.

My view is that the interesting and significant development is Honda's Clarity Fuel Cell model, showcased at Geneva, following the arrival of the first cars in Europe at the end of last year.

The Clarity Fuel Cell is already accepted as the world's most advanced fuel cell vehicle and delivers a class-leading maximum range of 434 miles, a factor which will be a big selling point as petrol and diesel cars slowly diminish over the next30 years.

And Honda also states that the arrival of Clarity Fuel Cell in Europe as part of the Europe-wide HyFIVE (Hydrogen For Innovative Vehicles) initiative reinforces Honda's commitment to drive the adoption of fuel cell vehicles and the creation of a viable hydrogen refueling infrastructure across the region. 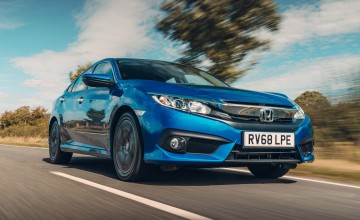 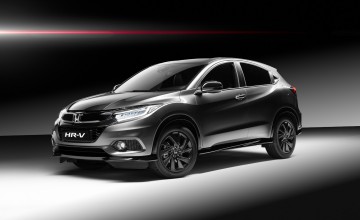 AN uprated version of the Honda HR-V SUV will be on the road in April and...