By Chris Russon on 2017-03-19 - The driving force behind Eurekar. Chris heads up a team of motoring correspondents under the Driving Force banner. Prior to Driving Force becoming independent in 2010 he was Chief Motoring Editor for Trinity Mirror Regional newspapers. Chris has been writing about cars for almost 40 years. 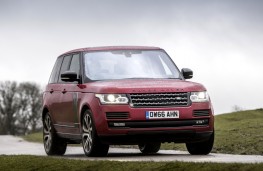 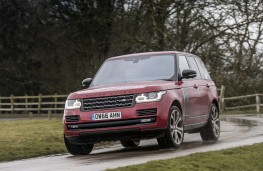 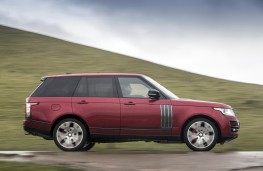 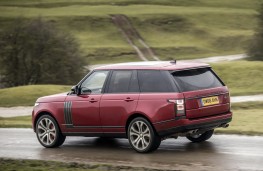 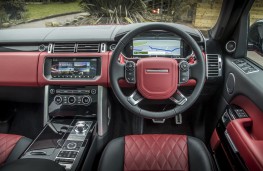 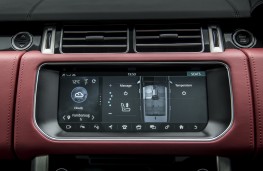 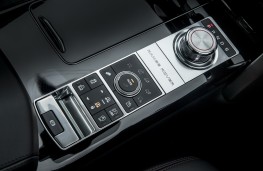 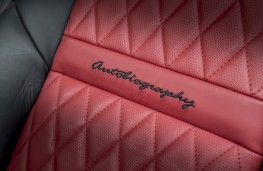 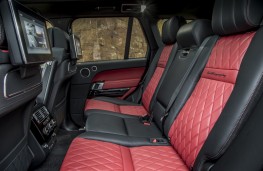 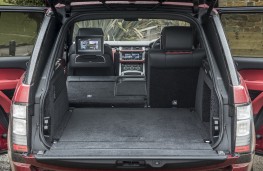 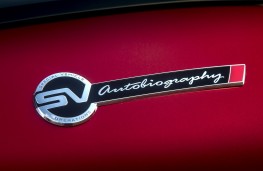 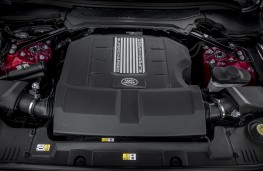 THE most powerful and luxurious Range Rover to go into mainstream production has just been released with a price tag of a cool £138,000.

Pumping out 550bhp from a 5.0-litre supercharged V8 engine, the Range Rover SVAutobiography is good for 0 to 60 in five seconds straight with a top speed capped at 155mph.

The engine is the same as is used in the equally brisk Range Rover Sport SV models and it also features in the Jaguar F-Type sports car.

Putting all 2.5 tonnes of a Range Rover through its paces with such rapidity is proof of the punch packed by this V8 which like the rest of this superlative car has been honed by Jaguar Land Rover's Special Vehicle Operations team based in Coventry.

As well as the astonishing performance the Range Rover SVAutobiography is also decked out to the gunwales in luxury.

Quilted leather upholstery, a classy cheat-line in the gloss veneer trim and even an anodised coloured coating on the steering wheel paddle shifters make this a Range Rover experience like no other.

The attention to detail goes down to the car's manual which comes bound with similar leather opulence.

Extra air vents, quad exhausts and wheels of up to 22-inches in diameter complete with Brembo brakes set the car apart.

Then there's the sound under acceleration which takes the thrill of driving a V8 to a new level.

The shot of power on demand is incredible - a full-sized Range Rover has never moved or handled in such thrilling a fashion.

Updated suspension allied to some electronic wizardry that Land Rover calls Dynamic Response keeps the mass in check whatever is asked of it.

Body roll is all but eliminated such is the effectiveness of the system.

That's at the high end of the envelope. At the opposite end of the performance scale the SVAutobiography has retained all of its full blown off-road ability and its heavy duty side now includes the latest generation of Land Rover's Terrain Response system which can now operate automatically and an automated towing arrangement that can hitch up under its own steam.

It is part of Land Rover's shift towards semi-autonomous driving and the SVAutobiography is also fitted with an intelligent speed limiter which can react to road signs and stay legal.

But perhaps that's missing the point with this magnificent motor that is as plush as a Bentley yet a relative snip.

For the £138,000 the SVAutobiography costs Land Rover throws in a full colour head up display, 10-inch entertainment screens for the rear passengers and an electronically deployable tow bar.

Go for a long wheelbase version and you can add almost £30,000 to the price and that is taking a Range Rover to a new rung up the exclusivity ladder.

Fuel figures are largely irrelevant for cars of this ilk but for the record the Range Rover SVAutobiography is officially rated at 22.1mpg with emissions of 299g/km. That's realistic and we saw an average of 21 to the gallon without having to spare any of the V8's might.

Those who crave the finest on four wheels will love it, basking in wonder at the sheer scale of engineering and refinement that has gone into the car - a Land Rover flagship that combines battle cruiser and luxury liner in one fell swoop.