By Lee Gibson on 2017-03-25 - A journalist with nearly 30 years of experience on some of the biggest regional newspapers in England and Wales including the Birmingham Mail, Express & Star, Western Mail, the Sunday Mercury and Wales on Sunday. He currently edits the Sunday Mercury motoring pages as well as contributing to Eurekar. 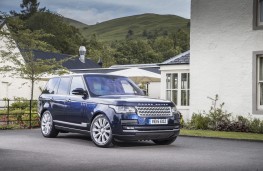 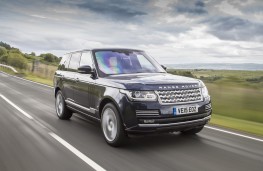 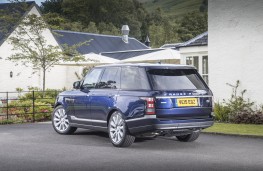 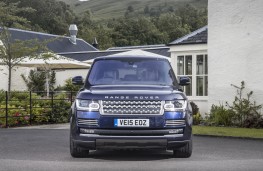 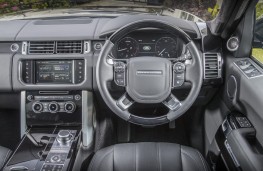 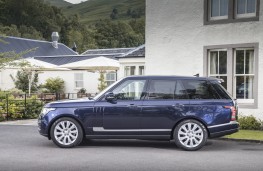 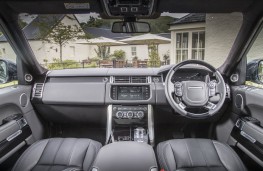 AS I drove around in the cosseted luxury of a Range Rover, I found myself pondering how the original pitch for such a vehicle might have gone back in the Swinging Sxties.

It's tempting to speculate that everyone involved had been smoking a little too much of the wacky baccy for which the decade is famous.

"I know," I pictured some bright young Land Rover executive saying. "Why don't we make a motor that's as plush as a premium saloon but capable of crossing the Sahara Desert?"

After several minutes rolling around laughing, I would then have expected one of the group to ask who the hell would need such a car, given that the concept still sounds vaguely ridiculous?

But what do I know? Far from falling about in disbelief they all go for it - the Range Rover goes into production and hits the road in 1970.

And, despite being dismissed by the have-nots as a Chelsea tractor, it's an instant hit with the well-to-do and nearly 50 years later is still setting the benchmark in the rarified luxury SUV market.

True, most will never encounter anything more challenging than a few pot-holes or a sleeping policeman, but royals, pop prima donnas and top-flight footballers the world over love them - because owning a Range Rover is all about status.

This is a huge, imposing car which, despite the current fourth generation's ‘lightweight' aluminium construction, still weighs in at two tonnes-plus and stretches to five metres in length.

A nimble and sporty drive, therefore, is not to be expected - but there is certainly no lack of power and pace.

Mated to a smooth eight-speed automatic gearbox, it offers some tremendous low-end grunt and can shift this hefty beast from 0-60mph in just 7.4 seconds and on to a top speed of 130mph.

Fuel economy is also the best in the range, with a claimed 40.9 miles per gallon on average being positively miserly by Range Rover standards. Although if you can afford the best part of £100,000 to buy one, running costs are probably not an issue.

More important is travelling in a style which befits the considerable outlay you've made - and the Range Rover certainly delivers. Progress is effortless and serene.

Passengers are wafted along in blissful isolation from any vagaries in the road surface thanks to the air suspension, while wind and road noise is conspicuous only by its absence.

Which leaves occupants with little to distract them from the spacious and opulent surroundings.

Soft, supple leather and plush soft touch fabrics abound, broken up only by stylish polished veneers, and the craftsmanship throughout is of a standard you'd expect if you'd forked out 100 grand.

And, of course, there's Land Rover's legendary off-road capability, in the shape of the enhanced Terrain Response 2 system, which can automatically detect and adjust to varying terrain, as well as the world-first All-Terrain Progress Control - which maintains an ultra-low crawl speed over obstacles while the driver concentrates on steering.