By Lee Gibson on 2017-03-26 - A journalist with nearly 30 years of experience on some of the biggest regional newspapers in England and Wales including the Birmingham Mail, Express & Star, Western Mail, the Sunday Mercury and Wales on Sunday. He currently edits the Sunday Mercury motoring pages as well as contributing to Eurekar. 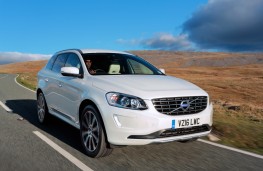 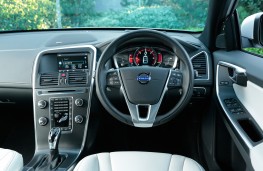 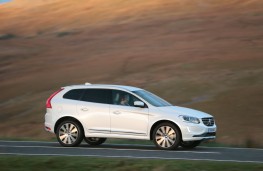 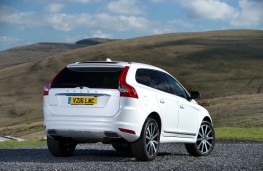 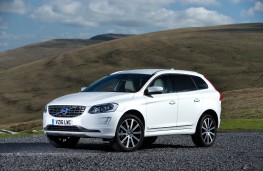 SWEDISH car maker Volvo is currently riding the crest of a wave.

The successful revamp of its all-new 90 series has firmly established the brand in the premium class in the last year or so, while it also remains at the forefront of the development of driverless technology.

All of which helped global sales for the Gothenburg-based marque reach a record 534,332 last year, up more than six per cent on 2015.

A constant among all the change, however, has been the XC60 - which has been Volvo's best-selling model since 2009, the year after its launch.

It is now the XC60's turn to get the full makeover treatment, however, and the all-new model was unveiled at the Geneva Motor Show in March and is expected to arrive in UK showrooms late this year.

That, though, means there could well be some bargains to be had on the current version if you're prepared to haggle - and you won't be getting a nine year old model if you do.

The existing XC60 underwent a minor nip and tuck in 2013 which means it still looks fresh and, actually, quite distinctive with its bold grille, prominent shoulder line and tall rear tail-lights - a nod to those old Volvo estates from the seventies that we all remember.

Advances in safety technology and new engines, including the 2.0-litre D4 diesel in my car, have also been incorporated along the way and this is a formidable family motor - offering comfort, space and decent economy for its size.

Sportiness is not the point here but the powerful D4 engine pumps out 190ps - hitting the 0-62mph benchmark in a snip over eight seconds and going on to a top speed of 130mph, while offering a claimed 60 miles per gallon on average when mated with a smooth eight-speed automatic gearbox.

You can only have this engine with front-wheel drive but unless you regularly venture off the beaten track that should do just fine.

Handling is assured, plenty of grip helping the XC60 stay settled and fairly flat through corners, but can't really be described as nimble, as you'd expect in such a sizeable car.

Comfort is very much the name of the game and any imperfections in the road surface are ironed out well while little engine, road or wind noise intrudes into the cabin - which in this SE Lux Nav trim offers luxury to match premium German rivals.

There's genuine room for five adults to get comfortable in the accommodating leather seats, the driver's benefitting from electronic adjustment with memory function, and plenty of personal storage.

The boot features a powered tailgate and, at 495 litres to the parcel shelf, should cope with most family needs - with loading made easier by the absence of any lip to lift things over. The 40/20/40 split rear seats all individually fold flat, offering plenty of versatility and up to 1,455 litres of space.

Volvo's trademark floating console does, admittedly, feel a little dated these days with an abundance of switches which are small and fiddly to use on the move, and also means that there's only room for a small infotainment display screen.

This will likely be replaced by a larger XC90-style touchscreen interface in the new version - but if you can live without that this XC60 still offers plenty of style and practicality. 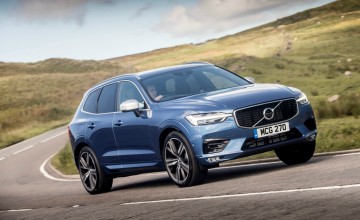 THERE are a few phrases used by motor makers that are guaranteed to wind me...