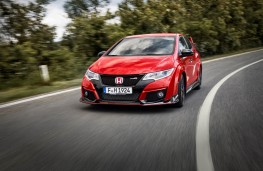 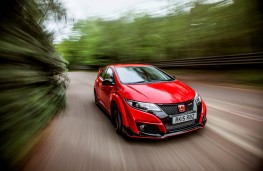 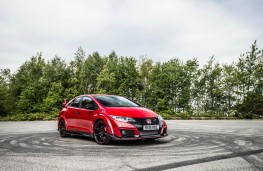 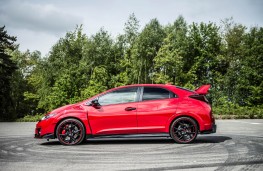 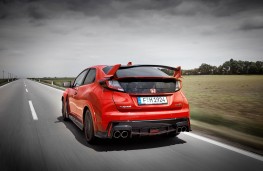 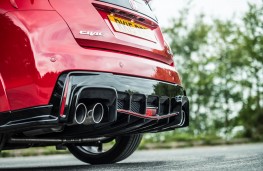 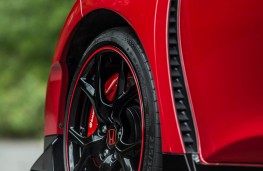 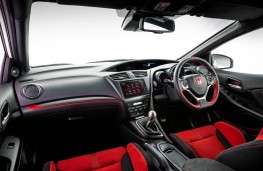 IT seems like only yesterday the latest Civic Type R was launched but I guess that's the point - blink and you miss it.

Except that you can't miss it. It does tend to stand out from the crowd. A few days earlier I had been driving a new Rolls-Royce Ghost around my home city where Rollers are conspicuous by their absence. Yet, compared to the Type R, the Ghost might as well have been invisible.

Billed as a ‘race car for the road', the styling is aggressive though, Honda says, all necessary. Even the size of the holes in the front bumper grille, which serve air to the intercooler, are said to be specifically shaped to minimise aerodynamic losses. Who am I to argue?

The Type R's unique aerodynamics use specific downforce-generating elements to create overall negative lift which is unusual in the industry and unheard of in this class.

A new, almost completely flat underside aids airflow under the vehicle and combines with a rear diffuser to effectively suck the car onto the road. A wide front splitter and deep side skirts also generate downforce on the front axle and reduce lift.

The structure of the rear wing aerofoil - its angle, height and shape as well as its vertical end plates - have been carefully engineered to optimise downforce on the rear axle without causing a significant increase in drag at higher speeds. This helps improve road-holding, especially through high-speed corners. More of which laterâ¦

At the rear, a four-exit exhaust is tuned for sound as well as performance though to my ears it could've done with a bit more bass. It needed a bit more drama.

Like the exterior, the cockpit is equally sporty with grippy yet surprisingly comfortable high-backed but low slung bucket seats.

A new multi-information display includes info you will probably only need on track days but the natty rev indicator above the main tacho provides you with visual encouragement to get the best out of your gearshifts.

There are two versions of the Type R - or three if you include the 100 ‘Black Edition' models produced to mark the end of the current production run - an entry level Type R and the range-topping GT model.

The standard model comes with keyless entry, climate and cruise control, a parking camera and LED headlights but the only thing missing from the GT is a kitchen sink and your own personal grid girl.

Don't forget, the Civic is a five-door so, despite its motorsport vibe, is extremely practical too. Its redesigned rear seat bench comfortably accommodates two passengers and has a useful 60/40 split fold function, which adds masses of extra load space to the 498-litre boot.

Not that you would buy it for its practicality. That's a little bonus. You buy a Type R - this Type R - because it is powered by the most extreme Type R engine ever built.

Until the recent launch of the Golf GTI Clubsport S, the Type R's performance was unmatched in the front-wheel drive hot hatch field, so it is fiendishly quick.

Only manual transmission is available but it's gorgeous - the throw is short, slick and quick, specially designed to match the engine's high output, strong torque and high revs.

Usefully, especially if you're a modern hot hatch novice, a number of advanced new suspension systems have been introduced, alongside those clever-clever aerodynamic touches, to aid handling and maximise power transfer to the road.

The four-generation Type R also marked the debut of the new +R mode. Aimed at those heading for the track. Press the button and engine responsiveness is made more aggressive and performance-focused allowing more of the available torque to be unleashed at lower engine speeds.

The damping from the ADS is also increased by 30 per cent making the behaviour of the car firmer and more agile for handling at speed. Hitting +R is gleefully addictive but, if you use it on normal roads, you'll need every ounce of comforts from those sports seats as the ride is very, very firm.

Whichever mode you choose, the Type R is all about performance. It's brutally quick and, because of all that tech mentioned before, you can maintain serious speed through corners with almost maniacal abandon.

BOYS of a certain age might once have added a bit of zing to their bedroom...