By Mike Torpey on 2017-04-02 - Driving Force news editor and responsible for organising our daily output. He was staff motoring editor of the Liverpool Echo for 20 years. 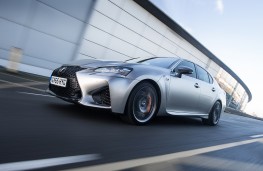 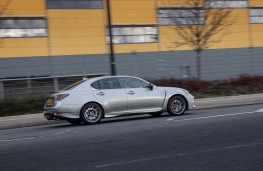 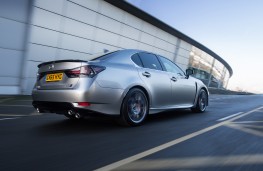 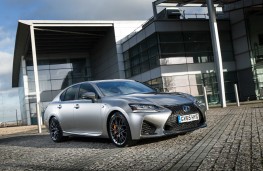 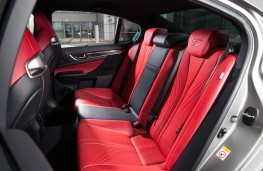 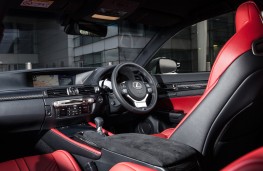 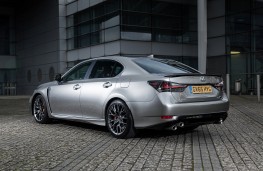 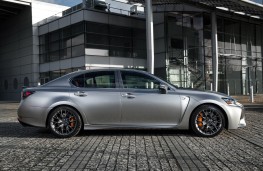 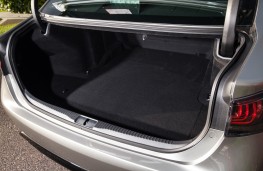 LOVE at first sight is not an easy thing to explain.

Whatever the psychology, it certainly works with cars as well as people - and not just supercars like Astons, Lambos and Ferraris.

Just a glance at the new Lexus GS F is enough to get the pheromones stirring, even if the design is understated rather than brash.

Elegance, grandeur and grace are all guaranteed in a performance saloon that bleeds style with its low-slung stance, race-inspired air inlets, orange brake callipers and quad tailpipes.

The F bit namechecks Fuji Speedway, the Japanese circuit that's the spiritual home and development centre for all Toyota and Lexus's F models - a line which began with the IS F in 2008.

And there's plenty to trouble the racetrack under the bonnet of the five-seat, four-door GS F in the form of the same normally aspirated, rather than turbocharged, 5.0-litre V8 engine featured in the RC F coupe.

It develops a towering 471bhp and 530Nm of torque, the result of which is 0-62mph acceleration in 4.6 seconds via its eight-speed Sports Direct Shift automatic transmission.

With a lowered and stiffened suspension, the rear-wheel drive GS F is both balanced and fiery - its handling was tested on race circuits like the Nurburgring.

The driver can also vary the car's dynamics by selecting from Normal, Eco, Sport S and Sport S+ modes.

But the Lexus is far from being all about sporty characteristics and punch. Comfort and practicality are priorities in a car that ensures everyday driving is an experience to savour.

So not only does the GS F seat five with room to spare, but travelling is in a leather-clad cabin featuring carbon fibre trim, a dual-zone climate control set-up plus a Lexus Premium Navigation system with 12.3-inch multimedia display as standard.

The high-backed front sports seats also have bolstering to support the thighs, hips and back and go so far as to mirror human bone and muscle patterns to help ensure the best possible comfort and body-holding performance and minimise fatigue on long journeys.

And if you want pin-sharp sound quality, well an extra £1,000 will secure you a 17-speaker Mark Levinson premium audio system. 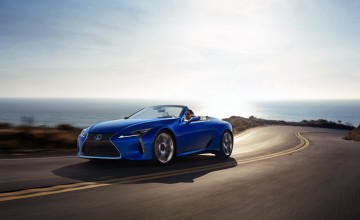 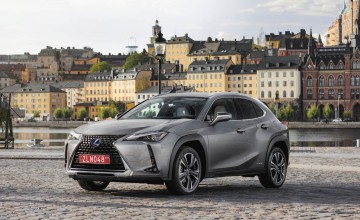