By Ian Donaldson on 2017-04-08 - Ian estimates he has driven more than 6,000 cars (so far) in a road testing career that's taken him around the world. He has spent several years as a full-time staff motoring editor and is now a busy freelance journalist

WELL, well, would you believe it. It might look like a modest 4x4 but put your foot down and it turns into a right little charger.

Suzuki is famous for smaller cars that simply do the job; anything from the school run to taking feed to the horses in the wet and slippery lower paddock.

What the company is not noted for it producing a car that simultaneously (or very nearly) will let you feed the horses and then enjoy yourself on the road home.

This latest version of the Vitara does just that - I didn't feed the horses but don't doubt the car's all-wheel drive system would laugh at a softly rutted pasture.

But its new 1.4-litre turbocharged petrol engine turns this bluntly profiled all-rounder into a bit of an undercover thruster. It surprised no end of fellow road users, assuming they'd simply saunter by as we exited roundabouts and not reckoning this little 'un had such a turn of speed.

I backed off (or course) and let them pass, but the Boosterjet beneath the bonnet won respect. It also provided enough economy - 46mpg after 500 miles of test - to make the slightly dearer and slower diesel look the second choice on most buyers' shortlists.

The 1.4 petrol engine comes fitted to a new Vitara S grade at the top of the range and it's very well equipped for the money, with big black alloy wheels, black side body mouldings, silver door mirrors and a rear spoiler helping the car stand out.

Inside, the S-ness is confined to a bit of red stitching on the trim and red surrounds to the air vents on a dash that still looks resolutely workaday, if sensibly set out and easy to manage.

A flash of pretend alloy across the dash does its bit in the added smartness stakes but there is a lot of hard plastic to contend with. Still, Suzukis have a reputation for lasting nearly forever, which is solid compensation.

There's room in the rear for a couple of grown ups, but not a lot of space for them to stretch out. The boot is big enough for family duties without feeling you could move in when the house is being decorated.

Most of the time the Vitara is driven by its front wheels alone, only automatically connecting up the rear pair if it detects wheel spin. That way you'll have a more economical car, but a keen driver can select a sport setting that makes the rear wheels more eager to help.

There's a snow mode for when the white stuff arrives from the sky, the same setting helps the car cope with slippery surfaces, while a further setting locks the differential when the going gets really tough and you're in danger of getting stuck in snow, mud or sand.

All of which you expect in a Suzuki made with the honest intent of getting you where you want to be in almost any sort of weather or across most sort of terrain. 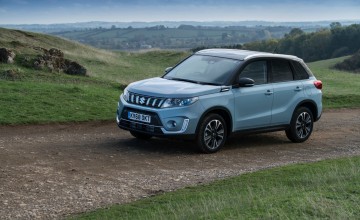 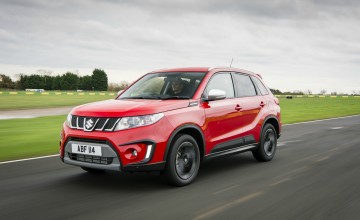 NOT so much recently but for many years I had an unhealthy obsession with... 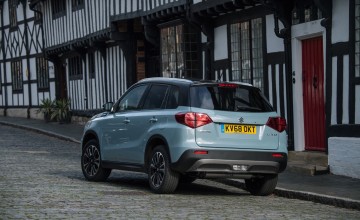 THE demise of the diesel engine continues apace with the recently refreshed...