By Mike Torpey on 2017-04-09 - Driving Force news editor and responsible for organising our daily output. He was staff motoring editor of the Liverpool Echo for 20 years. 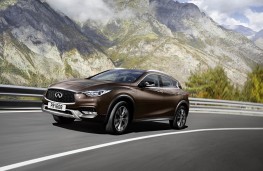 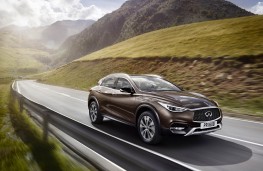 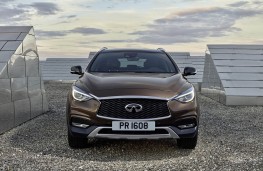 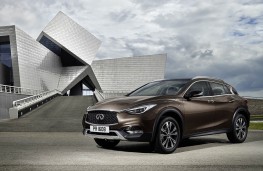 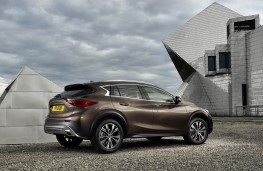 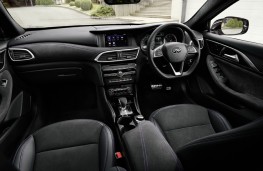 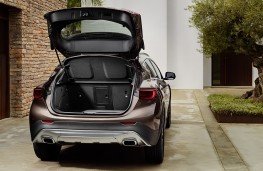 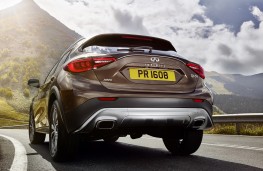 TAKING on the big guns at their own game isn't a job for the faint-hearted.

And when much of your activity has been conducted under the radar of public perception that task becomes all the more daunting.

Infiniti, the luxury division of Nissan in much the same way Lexus is to Toyota, doesn't enjoy quite the same profile as its Japanese rival - even though it has been selling cars in Europe for nearly nine years.

But in the Q30 small family model and its crossover stablemate the QX30, Infiniti has its best chance yet of snatching sales from the proven performers.

The QX30 is definitely up against it, given its principal rivals include the likes of the Audi Q3 and Mercedes-Benz GLA.

Built at Nissan's UK plant in Sunderland, the QX30 has its own individual style and a general feelgood factor that makes it stand out from the opposition.

Up for grabs in two versions - Premium and Premium Tech - each features a 170ps 2.2-litre diesel engine with an intelligent all-wheel drive system and seven-speed dual clutch transmission.

What you get with the Infiniti is a smartly dressed, sharp looking car with a classy interior that blends two-tone leather seats - among the best I have encountered - with shiny wood-effect inserts and piano black around the small automatic gearstick.

Up front there's ample space though smallish footwells mean the seats, which are electrically operated and also have memory settings, need sliding quite well back.

The downside to that is that rear passengers find things tight, both for leg and headroom and particularly for a centre rear passenger whose head will, if an adult, scrape the ceiling.

Oddments space isn't the best either, the narrow rear door bins in particular proving next to useless, though the central armrest does house a pair of pop-out cupholders.

The QX30 is distinguished from the Q30 by its raised stance - 45mm higher than the Q30 Sport - wider wheel arch cladding and its satin chrome roof rails, which give the vehicle a bit more road presence.

Despite the extra ride height it is a fine car to drive; smooth and lively with minimal lean and plenty of power - 0-62mph in 8.5 seconds.

Not everyone will appreciate the 2.2d diesel though as it sounds coarse, especially at low speed, and while its official combined fuel figure is 57.7 miles per gallon my own mainly urban return was just 33.6mpg.

You also get leather upholstery, keyless entry, auto air-con and LED daytime running lights while front and rear cameras are an added bonus.

The bottom line is whether it's enough to lure buyers away from the proven premium, and often heavily publicised, opposition.