Lexus to float your

By Steve Orme on 2017-04-11 - Steve has been on the motoring circuit since 1979 and has a particular interest in 4x4 with access to off-road terrain. Steve writes the weekly Full Chat column which takes an irreverent look at motoring. A member of the Northern group of Motoring Writers. 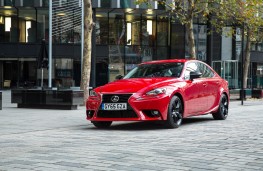 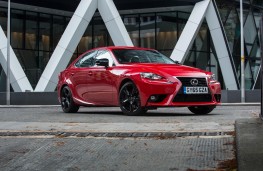 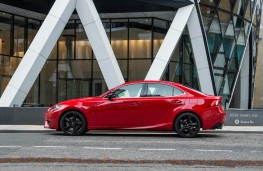 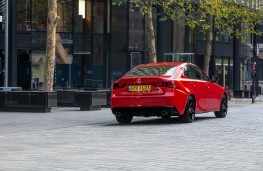 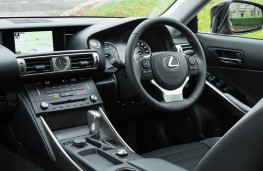 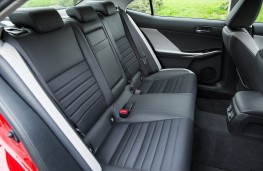 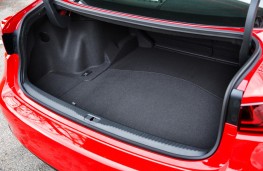 THERE is an interesting spin-off to the luxury car market, speed boats, fast mini-yachts almost. Aston Martin has one, which facilitates a seamless link between Commander Bond's DB and a good old water chase with the baddies firing rocket launchers.

Who says the motor industry does not take rising sea levels seriously.

Mercedes has also joined the club, all the better for madam to move around the old harbour at Monaco with her agreeable Gucci accessories and Peter Sarstetd albums.

Jaguar has built a promotional concept boat although it fails to live up to the correct degree of Englishness looking nothing like the Golden Hind or HMS Illustrious.

Toyota has announced a boat project which will lead into the 2020 Tokyo Olympics and this one is different. Hybrid McBoatface.

There seems no end to the commitment the company will show where hybridisation is concerned and this is to be applauded. McBoatface has a ‘parallel hybrid system.' I'm not sure either.

A clean non-polluting boat is something we will soon all want if were are to avoid exciting new taxes every time we pop our craft into the evening bathtub. Of course such proposals may just be a party political ploy to win over the floating boater.

Toyota is no stranger to Waterworld. Among the tide of luxury craft recently was one from Lexus with a tasty 885bhp from two V8s which is able to carry eight and bears no resemblance to the type of petrol over diesel world perceived by citizen Khan of old London town.

Lexus, of course, can satisfy green demands with a fulsome range of hybrid cars and the boat draws from them a luxury build quality. It is also controlled via a large touch screen, another common design feature.

Latest automotive development is the new IS in both 200 and 300 form. Today we surf the features of the 300h, the first full hybrid IS model with an interior and cockpit inspired by the LFA supercar and worth every penny of the £35,495 price tag for the Luxury P Nav.

Among the new toys fitted to the is active sound control which allows the engine note to be relayed into the cabin via a speaker. Which tells you that ordinarily the IS300h is exceptionally quiet.

There is also a switch to select drive modes to suit your mood and type of journey which probably does nothing to dint the average fuel consumption of 62.8mpg. I was averaging just over 50mpg. Now that taxation is based not on emissions but envy, the 101g/km is only a matter of self-satisfaction.

The car now gets hill start assist and an exceptionally sensitive heater control which can make tiny adjustments to cabin temperature.

Right, so what's it like on the road then?

Well for starters quick, with 62mph coming up in 8.4 seconds, really useful getaway acceleration when skirting around some of the Noddy antics of modern motorway life. Power comes from a 178bhp 2.5-litre petrol engine and a 141bhp electric engine delivered through a CVT gearbox.

Smooth is what you would call it at lower speeds and responsive further up the curve.

Responsive and sure-footed handling take you through the winding bits and there is a pre-crash system, traffic sign recognition, automatic high beam and stability and traction control to keep your change in your trouser pockets.

It's a Lexus so take it as read that there is a long list of equipment like leather, power seats, parking camera and electricals including navigator.

The 300h is listed as a compact sports saloon. The rear seats do fold down to extend the boot and frankly I would hardly consider the interior anything like restricted.

That's not to call it a barge.

Meanwhile in Norway, where the national sport is selling fossil fuels to the rest of Europe while living scot-free off hydro power, they have launched a plug-in car ferry.

But then in Norway people have been known to marry cod and if you fiddle the electricity meter they call in the fjord squad. 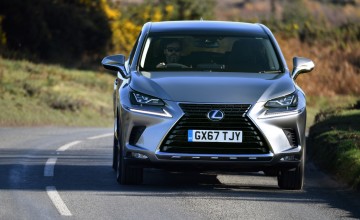 IT might not be quite so radical or gobsmacking as inventing the wheel, but... 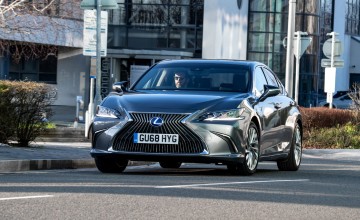 Touch of class from Lexus newcomers

LEXUS is making a play for a bigger share of the premium car market with a new... 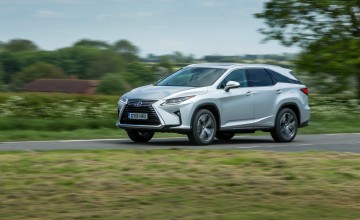 THIS seven-seater SUV monster from Lexus is one ‘L' of a motorWith the extra...