By Stewart Smith on 2017-04-13 - Stewart was the former motoring editor of the Coventry Telegraph and is now a freelance contributor to Eurekar. He is based in Scotland and specialises in First Drive reviews. 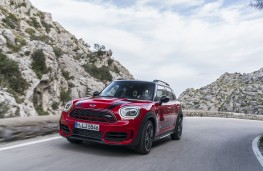 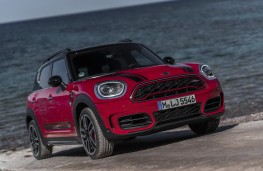 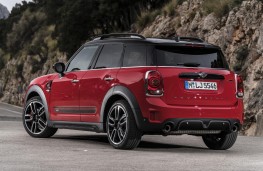 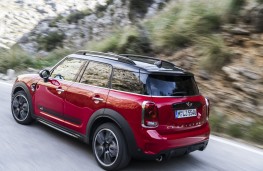 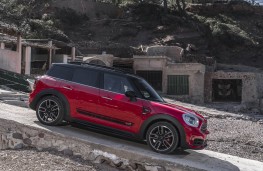 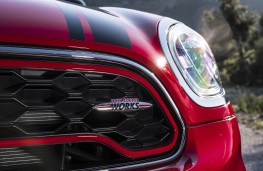 OVER the past few years the MINI has grown out of all recognition and the latest John Cooper Works Countryman is the biggest yet in more ways than one.

The latest five-seat MINI is taller, wider and longer than before and also boasts the most powerful engine ever which means it can now sprint from 0-62mph in 6.5seconds either with the standard six-speed manual gearbox or the optional eight-speed Steptronic sports transmission.

The 2.0-litre 4-cylinder engine has performance characteristics inspired by motor racing and has a maximum torque of 350Nm on stream at between 1,450 and 4,500rpm. It delivers its peak output of 231bhp.

With a power increase of 13bhp compared to its predecessor, the new MINI John Cooper Works Countryman is 19 centimetres longer, three centimetres wider and has a wheelbase extension of 7.5 centimetres offering more space across its five passenger seats.

The luggage compartment can also be expanded from 450 litres to 1,390 litres.

With the standard manual transmission, the new MINI JohnCooperWorksCountryman has a combined fuel consumption of 38.2 mpg and a CO2 emissions level of 169g/km. The Steptronic version is rated at 40.9 mpg and 158g/km.

The new MINI John Cooper Works Countryman has a starting price of £30,675 and the Steptronic model is priced from £32,275.

Fastest ever MINI on the way

THE FASTEST and most powerful MINI ever built for the road will go on sale next... 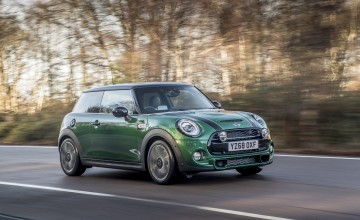