By Jon Smith on 2017-05-06 - Jon is a senior motoring journalist with a background writing for weekly/provincial daily and national newspapers and magazines. He has held executive news and features positions in Fleet Street and evening titles. Former Pirelli Motoring Writer of the Year winner. Currently specialising in product launches, safety issues, car tests and future motoring trends. 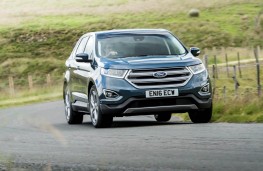 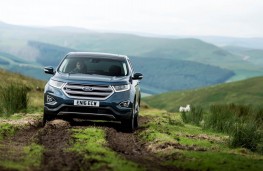 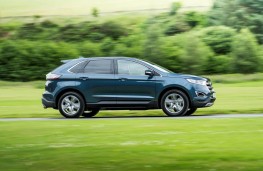 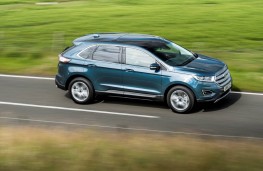 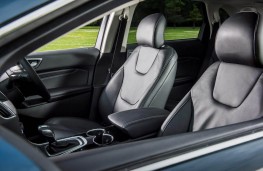 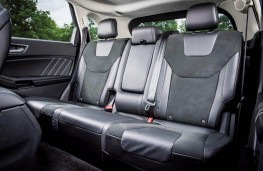 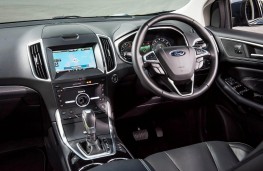 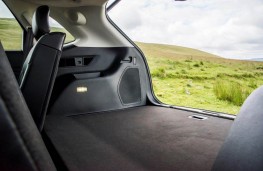 FORD, traditional masters of Britian's middle-ground and usually the first to pursue an upcoming trend, were a bit slow to capitalise on the SUV scene.

Sure, they pitched in with the Kuga almost a decade ago. But more recently the prestige German makes and many of the Japanese manufacturers have had it their own way.

Now the American giant - the country that spawned the SUV - has a three-pronged armoury to win back sales - the Fiesta-based Ecosport, the mid-sized Kuga and the elegantly large Edge.

The Edge is the top dog with a generously sized body that's nearly as big as the luxury Range Rover Sport yet it carries a price tag of less than some versions of the compact Evoque. In US jargon, then it offers plenty of bangs for your buck.

The only niggle for some buyers is that, unlike most larger SUVs, it comes without the option of a third row of seats that expands passenger space from five to seven people.

The first large Ford in this sector to be sold in Britain since the Explorer 15 years ago, the Edge is available with a choice of two 2.0-litre diesel engines and three trim levels.

I tried the smaller engine version in top trim form with a six-speed manual gearbox. The more powerful 207bhp model comes only with a six-ratio dual clutch automatic gearbox.

It is a pleasing car to drive with a well damped ride and a resistance to pass on jolts and bumps to within the passenger compartment. Wind noise is almost absent up to the legal limit.

But don't expect fireworks from the engine department. The 2.0-litre diesel engine has to work hard to propel the sizable body and 62mph comes up in a shade under 10 seconds which is slightly tardier than most rivals.

Cornering is secure and precise with pleasantly weighted steering. There's only limited body roll during swift cornering but the Edge is a bit too bulky to be described as athletic.

The large 20-inch alloy wheels look sporty and elegant and fortunately do nothing to spoil the excellent ride. Caravanners will be pleased that the Edge has four-wheel-drive and can tow up to 2,200kg.

The passenger compartment is huge with plenty of shoulder room and space for five full-sized adults. Legroom front and back is particularly impressive.

The dark plastic moulded facia is dominated by an eight-inch touch-screen which includes the standard sat nav system and an impressive line-up of switches and buttons are easy to reach.

Front seats are large and enveloping and offer a lofty view of the road and surroundings. There's no shortage of stowage space with large door pockets and a huge glove box plus space for water bottles. 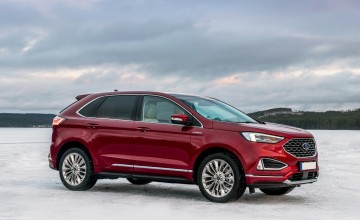 Ford's SUV at the cutting Edge

A RAFT of improvements including the very latest technology and driver...

SOMETIMES a new car just clicks with you - nothing else will do, even if others...