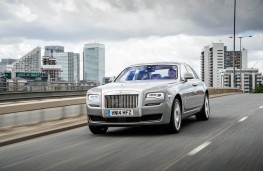 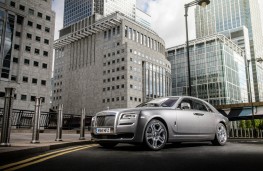 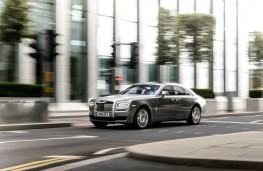 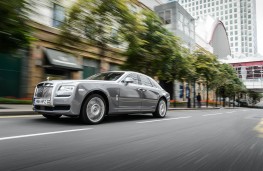 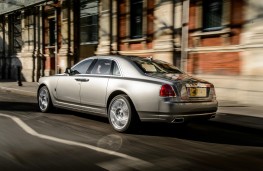 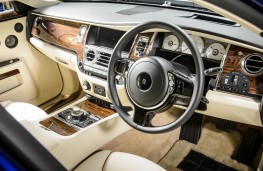 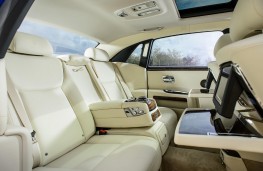 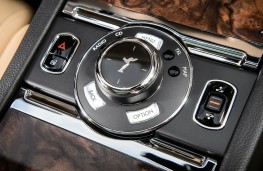 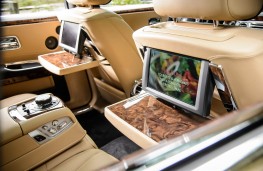 THE question I most often get asked is "What's the best car you've ever driven?" and it's almost impossible to answer.

There are some incredible cars out there and they're often the best in their field. There are outstanding off-roaders, furiously fast supercars and those blessed little beasts which induce a face-aching grin every time you take them through the twistys.

However, to answer the question, you probably need to start at Goodwood in Sussex, home of Rolls-Royce - the marque which has for many, many years proudly boasted of manufacturing ‘the best car in the world'.

That title, of course, was reserved for the Phantom. Could it also be used to describe its Phantom-lite baby brother, the Ghost?

The Ghost Series II was unveiled in 2014 and its subtle re-design certainly made it look a lot more like the Phantom, especially from the front due to the re-sculpted LED headlights encircled by daytime running lights.

Rolls also added what it called a ‘wake channel' on the bonnet. Emanating from the Spirit of Ecstasy, it is meant to evoke speed and power in such a way as the sight of a jet's vapour trail or the wake of a fast luxury yacht.

Despite being the ‘baby Rolls' the Ghost remains, whichever angle you approach it from, imposing and imperious.

The interior, as you would expect, is sublime, a cathedral of craftmanship combining luxury, technology and connectivity; it exudes elegance. Soft and tactile, hand-stitched leatherwork and meticulously crafted veneers surround you with exquisite style.

Even the Ghost's rotary controller - easily within arm's reach, allowing you to access navigational tools, your music or contacts on the move - comes complete with the Spirit of Ecstasy engraved on its crystal glass surface.

This combination of the finest leather, beautifully polished wood veneers, the cashmere-blended roof lining and soft lambswool floor mats all cosset you from the outside world. It is an oasis of calm in a frantic world. It simply oozes class.

Like its siblings, the Ghost has its own ‘on-board valet' with a one-touch call button. Located on the steering wheel, this allows navigation, telephone and other commands to be directed straight into the Ghost's on-board computer. The car's response is then displayed on a high definition screen located in the dashboard. Oh, and it understands Latin, Arabic and Mandarin.

Now, the Ghost is 5.4 metres long and weighs nearly 2,500kg but, it is ridiculously easy - and extremely enjoyable to drive. Its sheer size and weight is not a problem - not when its powered by a twin-turbo 6.6-litre engine which produces 563bhp and monumental levels of torque - an incredible 780Nm - from just 1,500rpm.

Push the accelerator and you experience a spine-tingling surge of power. It really is quite incredible - 0 to 62 is dispatched in supercar-style seconds. Yet, despite a slight increase in the thrum of the V12, you remain serenely cocooned from the outside world. It's like being on Concorde.

Despite all that power, there's plenty of Rolls-Royce's much vaunted ‘waftability'. The Ghost's air suspension system provides magic carpet-style levels of comfort, its damping levels continuously varied by the car's electronics to suit the road surface and the driving style.

The system is said to be so sensitive it can detect even the tiniest changes in the car's weight distribution - a rear-seat passenger moving to the opposite side of the car, for example - and compensate accordingly.

Then there's the Ghost's Satellite Aided Transmission. This uses GPS data to predict the driver's next move and automatically select the right gear for the road ahead. Unnecessary gear changes are thus avoided, so aiding the car's aforementioned ‘waftability'.

Corners, motorway junctions and roundabouts are all anticipated in advance. Following a sweeping bend, for example, the best gear is always pre-selected for effortless acceleration.

The handling is exemplary too. The Spirit of Ecstasy goes precisely where you point it. It's hard to believe a car so large can be so agile.

Of course, there are some who might not want to drive themselves. That's ok, as the rear is as spacious and sumptuous as King Solomon's throne room (and I'm not talking about the smallest room in the palace). Insert your own superlatives here.

Even at its most ‘basic', the Ghost has everything you could need and more. However, most buyers with money to burn do want more and, if you ask, Rolls will provide. At a cost.

The Ghost I was driving had getting on for Â£90,000 worth of ‘extras' including veneneered picnic tables, a rear compartment coolbox for your bubbly, entertainment, monogram and comfort packages and, if the Roller was not conspicuous enough, an up lit Spirit of Ecstasy.

A very popular option is Rolls-Royce's much talked about ‘starlight headliner' which means your Ghost can have hundreds of tiny fibre optic lamps hand-woven into the roof lining. Nice, but more for the backseat drivers.