By Ian Donaldson on 2017-05-12 - Ian estimates he has driven more than 6,000 cars (so far) in a road testing career that's taken him around the world. He has spent several years as a full-time staff motoring editor and is now a busy freelance journalist 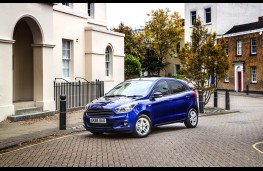 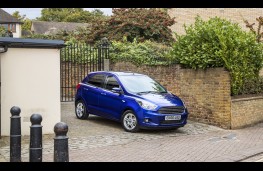 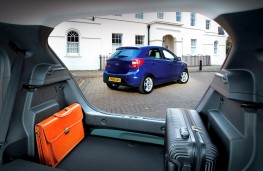 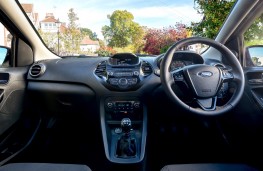 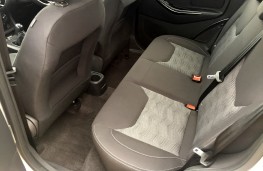 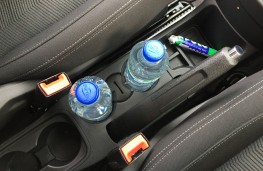 NEW car buyers don't much like middle ground cars these days, heading upwards to a prestige badge or down to the bargain basement.

Which is why a company like Ford - biggest seller of new cars in the UK, remember - is keen to push posh Vignale versions of its Mondeo, Kuga, S-MAX and Edge.

But there's profit to be made at the bottom of the pile too, if you can sell a car in sufficient numbers. Ford must be hoping to do just that with the new Ka+.

Sharing only its name with the now defunct city car Ka, the newcomer is much bigger and hides a Fiesta base beneath its modestly bland five-door exterior.

It's expected to pinch some sales from lower priced versions of the Fiesta (there's a new one arriving later in 2017) and is aimed at rivals like the new Vauxhall Viva, also tempting budget motorists who need space in their cars.

Prices start at £9,245 and top out at £11,095 for newly introduced Black or White Editions which have body and roof in those contrasting colours but are otherwise to the same spec as the Zetec trim version.

That costs £10,545 and comes well equipped for the money, with the more powerful engine (a relative term), along with alloy wheels, air conditioning, cruise control and a DAB radio and Bluetooth.

Not a lot for what you get, especially as the car is large enough to take four big men in comfort and with a boot easily spacious enough for the weekly shop.

You might want to splash out £150 for a pair of the fastest reacting heated front seats I've ever warmed to and another £100 for a proper spare wheel in place of the can of pressurised gloop that comes as standard.

Unless you like vivid yellow - the only colour that comes without extra cost - there's at least another £250 to find for metallic paint. The ruby red of the test car costs a daft £745 and rather skewers the point of a budget car, you might think.

Nothing budget-like about the way the car drives, though. Ford has spent time tuning the Indian built Ka+ to European tastes and it feel like it. This is a modestly priced runabout that's actually fun to drive, thanks to alert steering and a willingness to tackle corners.

It takes a bit of time to get to them, needing lots of revs for maximum effect but remains smooth and decently economical (46mpg on test) in the process.

Its eagerness to please the driver was a pleasant surprise and so was an interior that, while obviously built to a price, was carefully assembled with hints of more upmarket style.

The less powerful, 69bhp Ka+ shares identical official economy and emissions figures with the 81bhp version but is a little slower. It also sits in group one for insurance, although the more spritely model's group five won't break the bank. 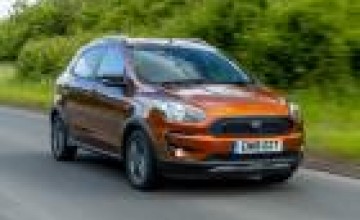 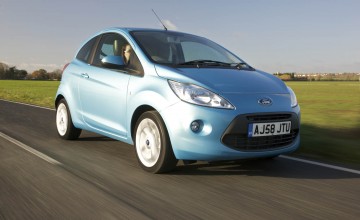 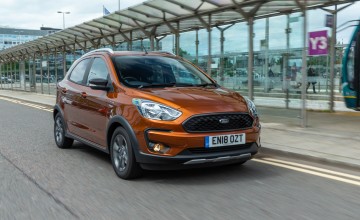