By Edward Stephens on 2017-05-21 - Edward edits the motoring pages of the Birmingham Mail and Birmingham Post as a freelancer after more than 35 years on the staff. Also writes on motoring for various other newspapers, trade magazines and well known websites. 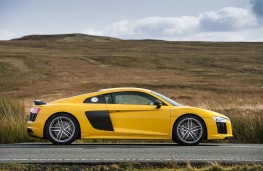 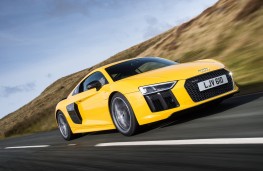 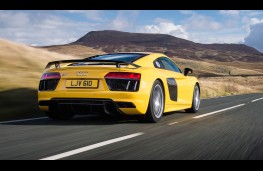 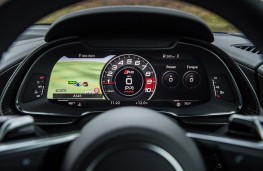 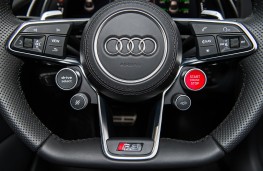 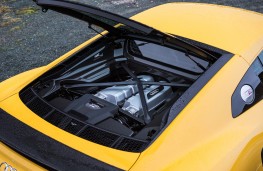 For while it won't dent your bank balance anywhere near as much as some of the Italian exotica that live in the same rich man's world it's anything but a second class citizen, either in excitement, build quality or performance.

This is a 200 miles per hour car that will rocket you from standstill to 62 miles per hour in a heart pumping 3.5 seconds while sounding like something on the starting grid at Brands Hatch.

Unlike the original V8 model I drove almost 10 years ago when Audi launched the radical mid-engined two-seater in France, the latest one is powered by a V10 and the power has jumped from 420bhp then to 520bhp now.

Along with the increase in engine power there has also been a big increase in price - hardly surprising after a decade - with the early models ranging from £76,825 to £82,000.

Their top speed was limited to 187 mph and had a 0-62mph time of 4.6 seconds which is hardly slow for then or now.

The second generation R8 is a stunning piece of design work which has built on the good looks of its predecessor.

It's a car which is timeless in appearance and is still drooled over by young boys and longed for by enthusiastic motorists of both sexes.

It's low, its curvy and its appearance tells you in no uncertain terms exactly what to expect, especially as the mid mounted engine is clearly on view through a transparent panel behind the rear screen.

You don't so much get into an R8 but become part of it when you take your place behind the steering wheel as the cabin wraps itself around you.

There's generous space for driver and passenger as well as room behind the seats for coats or bags, but not people.

The new model has Audi's virtual cockpit which allows you to play around with the appearance and size of the dials as well as the satellite navigation screen.

Push the red Formula One-style starter button on the steering wheel and the big V10 almost shakes houses as it bursts into life. I saw pedestrians physically jump in shock from the noise on start up.

Leave it a few minutes, however, and it sinks into a low burble that wouldn't disturb a sleeping baby.

Before moving off you have a choice of driving modes to select from, including comfort, auto and dynamic as well as individual settings.

This car came with the optional sport exhaust system (Â£1,800) which you can switch on or off via a button on the flat-bottomed leather steering wheel, although if you want to keep on good terms with your neighbours it's probably better to wait until you have left home before activating it as the decibel level rises dramatically.

The R8 comes with Audi's seven-speed automatic gearbox as standard and is superbly smooth in action.

If you want to get the best out of the car you can set it in dynamic mode - which automatically changes the gearshift setting from drive to sport - and switch on the sport exhaust. If that combination isn't guaranteed to put a smile on the face of any enthusiastic driver nothing is.

The acceleration is awesome and pins you to the back of your Nappa leather seat as the R8 hurtles towards the horizon.

The all-wheel-drive quattro system ensures that all the power from the naturally aspirated engine goes to the road, making sure that you remain stuck to it no matter how tight the bend.

But the nice thing about this car - unlike some high performance cars - is it's a very easy car to drive and is just as happy pottering about on a shopping run or cruising along the motorway at 70mph with just 2000 revs on the rev counter. 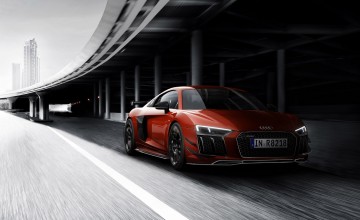 AS limited edition models go they don't come much more exclusive than the... 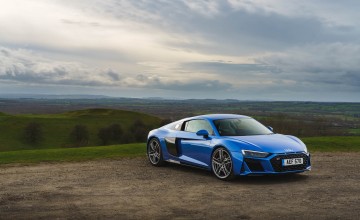 Latest Audi R8 quicker than ever

MORE power, more torque and a top speed of 200mph-plus in all versions will be...