By Stewart Smith on 2017-06-01 - Stewart was the former motoring editor of the Coventry Telegraph and is now a freelance contributor to Eurekar. He is based in Scotland and specialises in First Drive reviews. 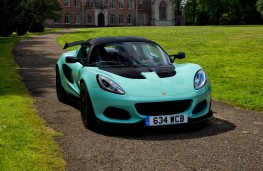 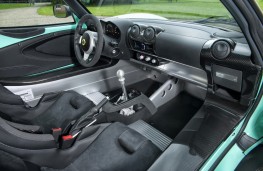 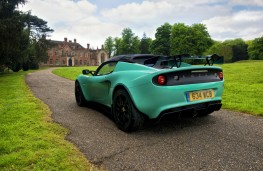 THE fastest four-cylinder Lotus sports car ever, which can hit 60mph in just 3.9 seconds and on to a top speed of 154mph, has just been released.

The Lotus Elise Cup 250 is at the apex of the recently revised Elise range.

It comes with a 1.8-litre supercharged engine which produces 243bhp and a chassis designed to deliver responsive handling.

The car's enhanced aerodynamics come from a number of additions including a new lightweight rear wing, front splitter, bargeboards and rear diffuser contributing to 125kg of downforce at 140mph.

Lotus says the new Elise Cup 250 bridges the gap between road and track to offer race car capabilities in a package that can be used every day.

Focused on cutting weight and boosting performance, Lotus' development team has built on the updates introduced for the latest Elise.

Weight has been reduced to just 884 kg and the adoption of advanced lightweight materials including carbon fibre, titanium and aluminium has helped to cut kilos from crucial areas leading to a power to weight of 283bhp per tonne.

The Elise Cup 250, which has a starting price of £47,400, also has a new look. Changes to the body include a redesigned lightweight front clam panel with wider radiator apertures and mesh pattern grille, and a new design of rear transom panel featuring two light clusters, rather than four, visually enhancing the design.

The Elise Cup 250 also includes a number of high-performance additions including revised dampers and ultra-lightweight forged wheels with Yokohama Advan A048 LTS tyres - 225/45 ZR17 at the rear and 195/50 ZR16 at the front.

Announcing the new car, Jean-Marc Gales, Group Lotus chief executive, said: "The Elise Cup 250 is the latest edition in an exciting period for the company which has seen us launch a number of very special new cars across our entire range.

"We know what existing Lotus enthusiasts demand from our cars and we are also bringing in many new customers who can see clearly that we offer an unrivalled combination of performance, styling, dynamics and value for money."