By Maxine Ashford on 2017-06-03 - Maxine has been a journalist since the late 1980s and for the past 13 years has specialised in motoring. Former motoring editor at Media Wales responsible for the Western Mail, South Wales Echo, Wales on Sunday. Freelance since 2009, Maxine loves cars but not quite as much as rugby! 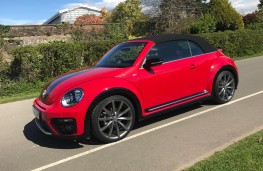 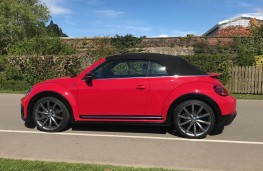 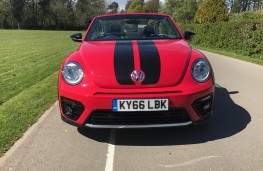 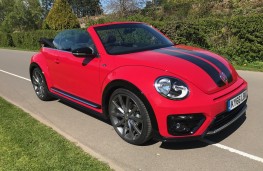 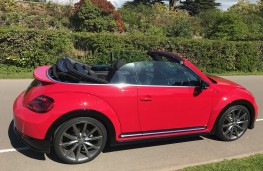 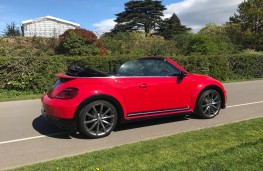 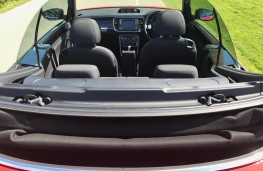 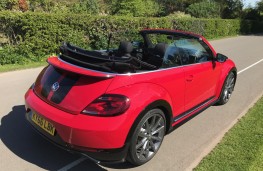 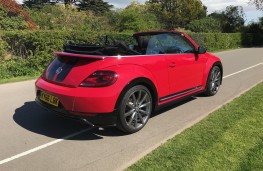 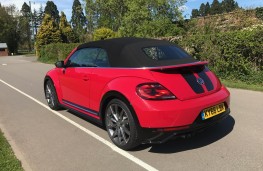 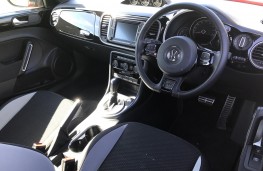 THERE'S no denying the overwhelming charm that goes hand in hand with the Volkswagen Beetle but when you introduce a cabriolet model into the mix the appeal simply grows and grows.

Although the latest generation Beetlels are ultra-modern in their appearance there are still key design traits that make the car instantly recognisable.

It still has the beautiful domed shape, albeit a little less accentuated these days and the round headlights still possess all the cute charm of those Herbie movies.

But the latest Beetle Cabriolet seems to have developed some real attitude along the way - I say latest, because the Beetle cabrio first made an appearance back in 1949.

The car I drove, priced at £28,195 (£31,960 with options) came with a powered hood, a body-coloured rear tailgate spoiler, twin tailpipes positioned on the left of the car, 20-inch alloys and striking double black stripes across the bonnet and spoiler.

Move inside and the car is Beetle through and through. Creature comforts include the likes of touch-screen navigation with DAB radio and dash-mounted CD player.

The car can connect to smartphones via Apple CarPlay or Android Auto and a winter pack introduced heated front seats and heated windscreen washers.

There's a modern and upmarket feel with plenty of gloss black trim as well as a leather trimmed steering wheel and gear stick. There are cloth sports seats and once again, plenty of R-Line badging.

This Beetle Convertible was powered by a 2.0-litre 150ps diesel engine mated to a six-speed DSG automatic transmission.

It could reach from 0-62mph in 9.3 seconds, topped out at 123mph and according to official figures could deliver combined fuel economy of 57.6mpg with carbon emissions of 129g/km.

If purist driving dynamics are top of your wish list, then the Beetle may not be the right choice especially with the likes of MINI hot on its heels. But for style and elegance the car is a winner all round.

In busy town centres, it cruises along effortlessly lapping up the admiring glances, and then when the open road presents itself the Beetle is happy to attack it.

The road-holding is good and the steering nicely precise with plenty of driver feedback. The automatic transmission proved a delight and shifted quickly and smoothly through the gears.

There are a couple of issues that niggled though.

Secondly, with the roof raised you can still hear quite a lot of engine, road surface and wind noise. However, the larger wheels could be blamed in part for the extra vocals.

But at the first sign of sunshine, the roof is lowered at the press of a button and the real fun starts.

The multi-layered hood can be lowered in just 9.5 seconds at speeds up to 31mph and it can be raised again in 11.0 seconds.

Comfort levels are good and there is room for a couple of passengers in the back seats too.

The boot can cater for 225 litres of luggage which is 24 litres more than its predecessor and there are numerous handy storage compartments scattered throughout the car.

All in all, the VW Beetle Cabriolet still maintains all the appeal that has made it such a firm favourite over the years. 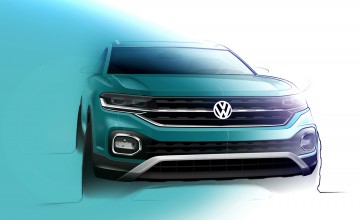 VOLKSWAGEN has revealed more about its much-anticipated new mini-SUV, the...

Head back to the Sixties with VW

VOLKSWAGEN has shown how a new car platform it has developed could take you...