By Stewart Smith on 2017-06-13 - Stewart was the former motoring editor of the Coventry Telegraph and is now a freelance contributor to Eurekar. He is based in Scotland and specialises in First Drive reviews. 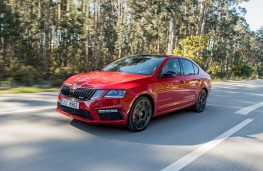 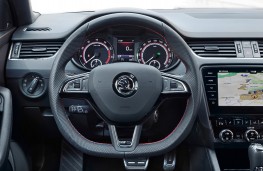 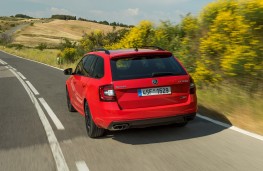 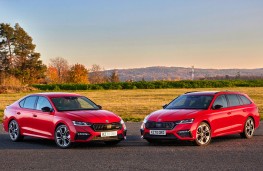 THIS is the sporty top model of Skoda's best-selling Octavia range which is the most powerful to date.

The Octavia vRS 245 is ready to order now with delivery expected late July or early August.

It comes as a hatchback or estate and is fitted with a 2.0 TSI engine which produces 245bhp which gives the hatch version a sprint time from 0to 62 mph in just 6.6 seconds, 6.7seconds for the estate.

It is the most powerful Octavia in the company's history and also comes with many exterior and interior features and details which emphasise the sporty nature but also offers the practicality of a family car but with the dynamics of a sports car.

There is a choice of six-speed manual or seven-speed DSG semi-automatic gearbox and its top speed is limited to 155mph.

Best fuel consumption is claimed at 44.1 mpg for the DSG automatic which equates to emissions of 148g/km.

As far as looks go the vRS 245 new offering has the Skoda brand's new face while the car has a predominantly black interior with Alcantarasports seats and integrated headrests.

The driver's seat is electrically adjustable and has a memory function for up to three people.

Exclusively for the estate model there is a removable LED torch in the boot as well as an adjustable boot floor, multifunctional shelf under the boot cover, a barrier net, four bag hooks and a 12-volt socket. 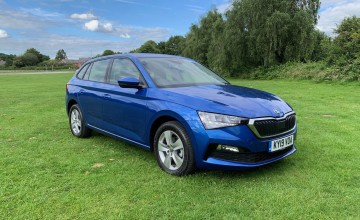 THERE'LL be a sharp intake of breath around the motoring world if Skoda ever...