By Chris Russon on 2017-06-28 - The driving force behind Eurekar. Chris heads up a team of motoring correspondents under the Driving Force banner. Prior to Driving Force becoming independent in 2010 he was Chief Motoring Editor for Trinity Mirror Regional newspapers. Chris has been writing about cars for almost 40 years. 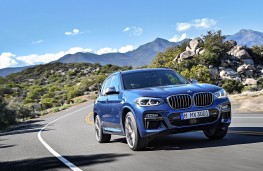 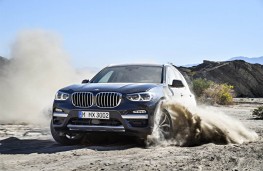 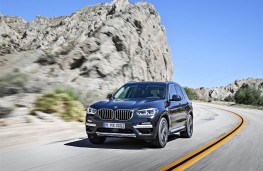 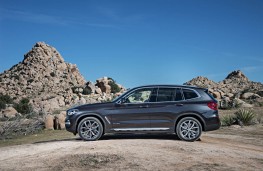 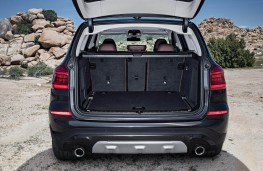 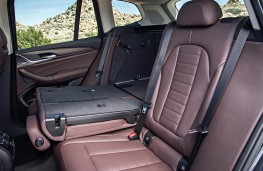 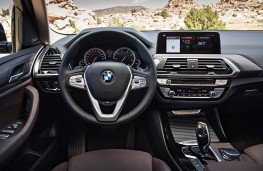 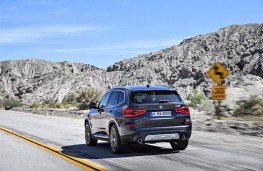 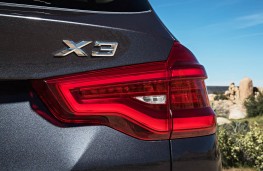 BMW is turning up the heat in its SUV range by adding an M Performance model to the all-new X3 line up.

The X3 M40i will become the flagship of the new series which is due for release in November.

Powered by a 3.0-litre, straight six cylinder engine developing 360bhp its performance credentials almost match the mighty M3 super sports saloon and with a 0 to 60 acceleration time of 4.8 seconds it is one of the quickest X models BMW has ever produced.

Top speed is limited to 155mph and despite its might BMW says it is rated at 34.5mpg with emissions of 188g/km.

The third generation of BMW's medium-sized Sports Activity Vehicle - as BMW calls its X models - will also feature a 2.0-litre four cylinder diesel priced from Â£38,800 and a 3.0-litre straight six 30d model at Â£44,380, increases of almost Â£5,000 over the current model.

A new 2.0-litre petrol engine will also be joining the range later.

The new X3 is of similar proportions to present vehicle but has a wheelbase two inches longer and a shorter front overhang. The car also features BMW's new hexagonal theme to the design of the front grill and fog lamps.

BMW says it has shaved up to 55kg in weight from the new X3 which makes the car almost 100kg lighter than the original of 2003. Best economy in the new range will come from the xDrive 20d diesels which have an official fuel figure of 56.5mpg and CO2 of 132g/km.

All have a revised xDrive four wheel drive system designed to improve handling on and off-road as well as eight speed automatic transmissions.

BMW says the harsh-terrain abilities of the newcomer including a wading depth of 20 inches with an approach angle limit of 25.7 degrees.

Leather trim is fitted across the range and the new X3 line up will include advanced features from BMW's latest 5 and 7 Series models such as the Display Key device with a mini screen which can relay information about the car before entering.

Real time traffic information is included in the sat nav software and on higher grade models fitted with BMW's Professional media kit that will include live on street parking information in a number of cities.

Options will include gesture control for the touchscreen - first seen on the new 7 Series luxury saloons - a head up display and the BMW CoPilot semi autonomous drive system which enables the vehicle to carry out some manoeuvres automatically when the adaptive cruise control is engaged.

BMW says it is also introducing advanced software to the X3 which will include Microsoft 365 office programmes and connectivity via smartphones, wearables such as an Apple Watch and Amazon Echo's Alexa voice control system.

The M Sport derivatives include styling tweaks such as blue brake callipers as well as sports suspension while the new M40 will have added body garnish with grey highlights, rectangular exhausts and will sit on 21-inch wheels.