By Stewart Smith on 2017-06-29 - Stewart was the former motoring editor of the Coventry Telegraph and is now a freelance contributor to Eurekar. He is based in Scotland and specialises in First Drive reviews. 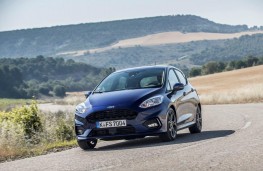 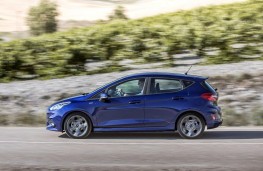 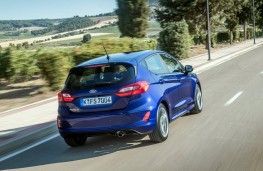 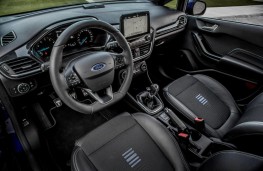 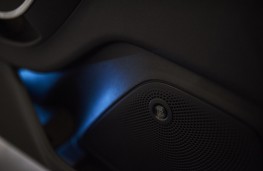 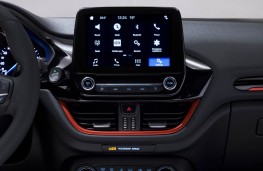 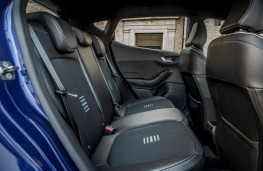 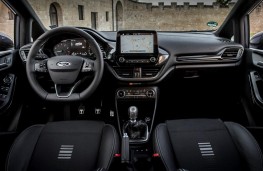 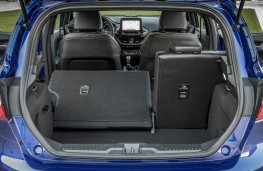 FOR the past eight years the Ford Fiesta has been the UK's biggest selling car and with the launch of the all-new 2017 model it's set to retain supremacy.

It has stiff opposition in the racy small car market, up against the likes of the new SEAT Ibiza and the VW Polo but after an extensive evaluation in Spain I can't see the latest Fiesta being beaten for style, build quality and driving fun.

The new Fiesta has many new faces, from the up-market Vignale, the sporty ST-Line, Titanium, Zetec, with an Active crossover model and high-powered ST scheduled for next year.

At first glance the new Fiesta doesn't look dramatically different from the previous model but subtle changes have been made to side panels, grille, front and rear lights that give it a more suave appearance and it is slightly longer and wider than before.

The major change is inside, where Ford has ditched cheaper plastics and fabrics to offer quality materials which compare favourably with motors in a higher and more expensive sector.

The layout in front of the driver has also been simplified with fewer buttons and switches to contend with but the Fiesta is packed with the latest high-tech kit, enough to keep tech-savvy owners amused and entertained.

On the more up-market models the Fiesta has a floating, tablet-inspired eight-inch colour touchscreen which can be operated with pinch and swipe gestures.

Options include Ford's SYNC 3 connectivity set up which has a 'floating' 6.5-inch colour touchscreen, and a 4.2-inch colour screen within the dash is combined with the MyFord Dock that enables you to store, mount and charge mobile devices such as phones and navigation systems.

Bluetooth connectivity and two USB ports are standard with an integrated CD player offered as an optional extra. DAB radio is available across the range.

Seating quality has been upped and driving positions are made easy with many adjustments being possible.

There is slightly more rear legroom but it is still a squeeze for six-footers.

As far as power goes the Fiesta comes with a range of Euro 6 petrol and diesel engines including Ford's three-cylinder 1.0-litre EcoBoost petrol engine offered with 100bhp, 125bhp and 140bhp and a new six-speed manual gearbox or an optional six-speed automatic gearbox for the 100bhp model with steering wheel-mounted paddle shifters.

Fuel consumption on all models are reduced with autoâstop-start technology offered for all engines a new Eco button for manual transmissions adjusts engine and throttle settings to help drivers save even more fuel.

On our drive on some pretty demanding roads I was really impressed with the handling of the latest incarnation of our favourite supermini.

The diesel is equally nippy and is rated at an amazing 88.2mpg with emissions down to 89g/km.

Both took fast bends exceptionally well with little body roll, plus the suspension soaked up some pretty rough surfaces with a very little road noise intruding the cabin.

Gearshift on the six-speed box is exceptionally slick, and steering was precise and I never felt out of control on demanding sections because of good front end grip.

As well as being nippy and great fun to drive I think that despite its size the new Fiesta would make a great long distance motor. It feels a lot bigger and with the cabin well soundproofed a long journey wouldn't be tiring.

Boot space on five door models is also increased at 303 litres rising to 984 with the rear seats down.

The ST-Line will probably be the biggest choice for buyers and at £17,595 I think it will be great value for money. 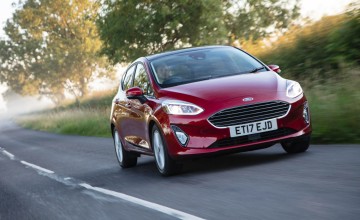 ACTIONS speak louder than words or so they say.Well big numbers can shout out a... 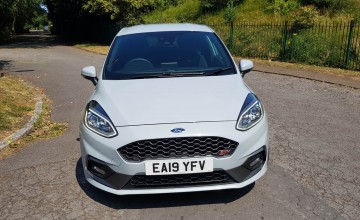