By Ian Johnson on 2017-06-29 - Ian has been a member of Driving Force since its inception. He began his career in journalism in 1962 on the Cheshire Observer and took over the paper's motoring column in 1966. Specialist areas include classic cars, product launches and automotive comment. 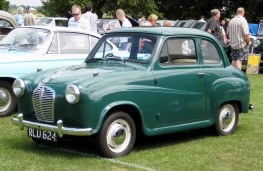 I ALWAYS smile when I see the term base or entry model in modern car ranges.

The reason for the mirth is that these days we do not know what basic is.

Being lucky enough to remember the cars of the 1950s and 60s I never cease to be amazed at the spartan approach to bread and butter bargain basement motoring in those days.

One car in particular was very humble in its specification and that was the Austin A30.

This little car was the successor to the famous Austin 7 and was masterminded in-house at Austin by Dick Burzi.

The body structure was in the hands of T.K. Garrett, who had been an aeronautical engineer before joining Austin.

The curvy body design was very modern, being of fully stressed moncoque chassis-less construction which made it lighter and stiffer than most contemporary vehicles.

But for the driver and passenger things were pretty woeful.

For instance, there was only a single windscreen wiper, central combined stop/tail/numberplate lamp and a sun visor in front of the driver only. A passenger-side wiper and sun visor, and a heater were available as optional extras.

Originally only offered as a four-door in 1951, two-door variants were introduced in late 1953, and in 1954 a van and van-based "Countryman" drove onto the scene.

One of the then modern innovations which was featured was the trafficator. These illuminated devices popped out from the door pillar when operated by a knob mounted on the centre of the dashboard and intimated to other road users which way you were turning. I remember you really had to watch out for them as they were quite small and usually dim. And more often than not they did not work at all.

The car's newly designed 803cc four-cylinder engine returned 42mpg which was excellent for the time.

However it struggled to attain 70mph and 0-60mph took a dreary 42.3 seconds due in some part to the low grade fuel that was only available at the time.

The A30's tall, narrow body caught on and a deciding factor with many was the fact that at Â£507 it was cheaper than the Morris Minor by Â£62 - a tidy sum in those days.

Despite its spartan outlook, it was a robust little car and has a devoted fan club so many years after it came onto the scene.

It is a lasting reminder of the days when basic really meant basic. 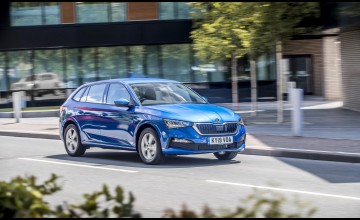