By Lee Gibson on 2017-07-07 - A journalist with nearly 30 years of experience on some of the biggest regional newspapers in England and Wales including the Birmingham Mail, Express & Star, Western Mail, the Sunday Mercury and Wales on Sunday. He currently edits the Sunday Mercury motoring pages as well as contributing to Eurekar. 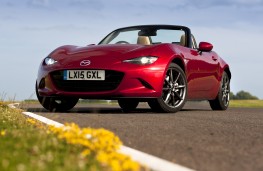 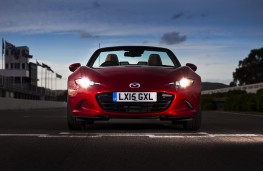 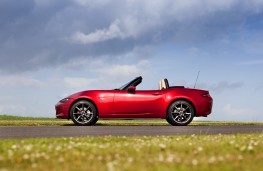 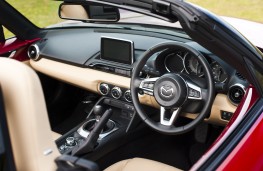 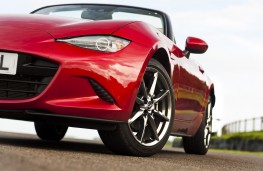 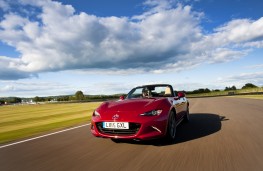 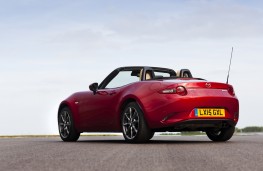 WITH the one-millionth Mazda MX-5 having rolled off the production line in April 2016, the world's best-selling two-seater sports car continues to thrill driving enthusiasts across the globe.

Mazda's iconic roadster has seen off notable rivals such as the Toyota MR2 and Honda S2000 in more than a quarter of a century on the road.

Combining affordability, exquisite driving dynamics and the allure of wind-in-the-hair freedom - for those that have any, that is - the MX-5 is now in its fourth generation and, quite frankly, shows no signs of relinquishing its crown any time soon.

With sleek, sharp lines, alloy wheels, narrow headlights, twin tailpipes and a muscular grille - it is a lightweight, low slung, road-hugging machine that will put a smile on the face of sports car purists even before they get in.

Climb behind the wheel, though, and the enjoyment really starts.

This is the lightest MX-5 since the first-generation and the chassis is stiffer and more driver-focused than ever.

It may not have the acceleration or straight-line speed of some hot hatches, especially with the smaller 1.5-litre engine under the bonnet that my car had, but it doesn't need it.

Although a 0-62mph sprint time of 8.3 seconds and top speed of 127mph are certainly not sluggish, the enjoyment here is derived from the incredible agility and responsiveness of the MX-5 rather than outright pace.

However, the free-revving power pack does offer plenty of mid-range punch, ensuring this little charmer really comes alive on winding country lanes or nipping in and out of town traffic.

The well-weighted steering offers great feedback while there's enough grip to inspire confidence but still get the adrenaline going when pushing on in fast bends.

The suspension, though, remains supple enough to make sure that all but the worst imperfections in the road surface are smoothed out and the ride is really quite smooth for such a low riding motor on narrow rubber.

The cabin retains the pared-back feel of a traditional sports car but squeezes in some modern creature comforts, especially in range-topping Sports Nav trim.

The only real issue is head room, which will be tight for anyone approaching six feet tall. I had the driver's seat all the way back, at it's lowest setting and the seat back reclined but, at 5ft 10ins, my head was still brushing the roof.

And what of that roof - the central ingredient of any convertible? Although not automatic the fabric hood can be easily dispatched and re-deployed single-handedly from the driver's seat, so no need to get out of the car, in less time than it takes powered equivalents to stow themselves away.

It also doesn't take up any boot space when folded down - meaning that you can just about squeeze a couple of weekend bags into the 130-litre boot.

Practicality is not a major selling point in the two-seater rag-top market, though, so the diminutive load space is unlikely to put off prospective buyers - and neither is the lack of a glove box.

There is a decent sized storage compartment between the seats, by way of compensation, and a couple of clip-on cup holders are actually more sturdy than they look. 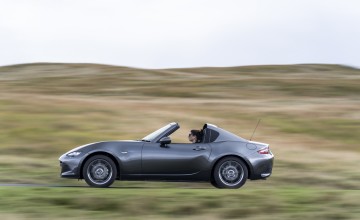 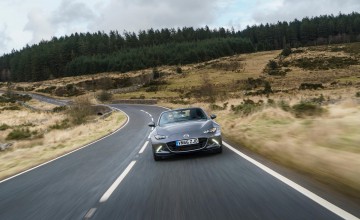 THERE'S a reason why the MX-5 is the best selling two-seater sports car in the...