By Robin Roberts on 2017-07-09 - Has had with a career spent covering the automotive industry and particularly its Welsh component suppliers - he can not only tell you what goes where but possibly who made it fit. He has been a motoring journalist based in Wales for three decades. 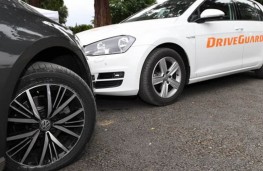 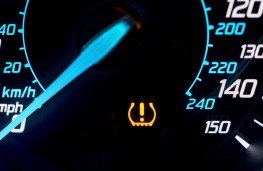 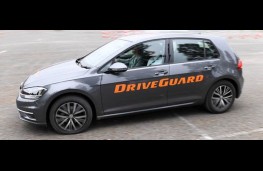 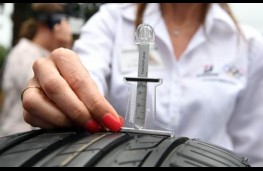 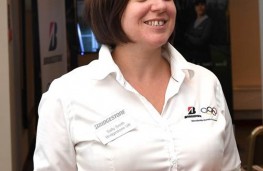 In a move that matters for tens of thousands of parents, Bridgestone has extended its run-flat tyre range to most popular saloons and hatchbacks as well as small and medium-sized MPVs.

The latest Bridgestone DriveGuard range of tyres now covers 70 per cent of models in 19 wheel sizes and the company has managed to undercut competitor run-flat tyres.

Although the new DriveGuard is slightly dearer than conventional non run-flat tyres it's only by a few pounds.

Previously DriveGuard run-flats were restricted to more expensive cars as original equipment when the car was new and it is still not suitable for the largest SUVs or older models without a tyre pressure monitoring system.

However DriveGuard tyres can be fitted to most models iwhich have TPMS sensors and allows a punctured tyre to be driven at up to 50mph for 50 miles, which is usually more than adequate to get to a place of safety or a repair depot.

Bridgestone engineers have created DriveGuard using conventional technology but added a few clever design features so there is no internal foam or metal banding.

Instead that tyres use strengthened sidewalls and external cooling fins moulded into the carcass and the rubber compound is designed to give better handling and wet weather grip, even when deflated.

Bridgestone is the world's biggest manufacturer of tyres with 15 per cent of the market, producing about three billion tyres annually which puts it ahead of Michelin.

It was founded in 1931 and in 1988 the company bought Firestone and now employs 145,000 people including 80 at its Warwick head office in the UK as well as another 100 elsewhere in the UK.

Appropriately, Bridgestone UK's marketing communications manager Andy Mathias has cause to praise DriveGuard when a family trip from the Midlands to South Wales didn't go according to plan.

"After some really lovely sunny days we decided to go to see friends but the weather turned out wet and our family were wearing light summer clothes when we had a puncture," said Andy.

"The TPMS alerted me but there was no safe place to pull over on the dual carriageway without blocking the road and creating a hazard to ourselves and others, so we carried on until we found a place to stop and get it fixed."

It is such situations that DriveGuard has been designed to work, giving families time to find a safe place to stop and call for help or change to a spare tyre if they have one, which is increasingly rare with modern cars and MPVs.

Bridgestone UK key accounts manager Sally Smith said 23 per cent of punctures happened at night and usually in the rain because water was found to wash more sharp objects on to the road.

She said: "We are very proud to bring DriveGuard into the wider market as a boost to family safety on the road because it's often impractical or impossible for a mother with children in the car to stop and change a tyre.

"At the moment the range does not extend to the biggest vehicles due to the weight issue of running on deflated tyres for 50 miles at up to 50mph."

So how does DriveGuard work?

In a special closed demonstration circuit representing a typical road we tried out DriveGuard tyres inflated to normal pressure on a Volkswagen Golf and then deflated to simulate loss of air through a puncture.

A deflated left-front tyre puts the greatest strain on a car's handling because in Britain we have clockwise roundabouts.

Once deflated the DriveGuard tyre rests on the thicker sidewalls and the heat build up from driving is dissipated by cooling fins which carry it away as it rotates.

The Golf felt slightly heavier to steer when the tyre was let down and created more noise, which is often the first indication a driver gets of a puncture if they fail to spot the yellow TPMS light illuminated on the facia.

There was little significant affect on ride quality and it coped with an emergency stop without pulling towards the side of the puncture.

Afterwards a visual inspection of the deflated tyre showed it remained firmly on the rim, which is not always the case with punctures, but there was a telltale greying of the sidewall due to heat build up and which could be felt placing a hand on it.

It was a brief yet effective example of a DriveGuard tyre working as intended.