By Lee Gibson on 2017-07-09 - A journalist with nearly 30 years of experience on some of the biggest regional newspapers in England and Wales including the Birmingham Mail, Express & Star, Western Mail, the Sunday Mercury and Wales on Sunday. He currently edits the Sunday Mercury motoring pages as well as contributing to Eurekar. 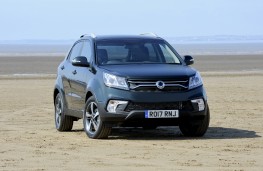 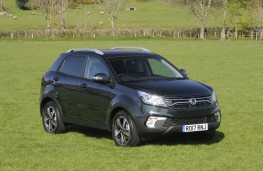 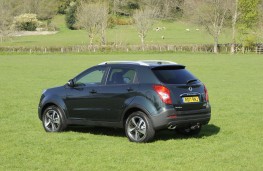 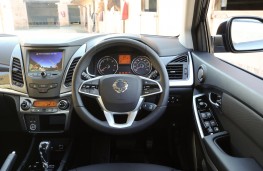 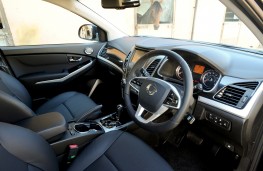 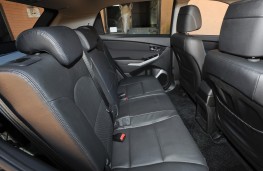 SSANGYONG is a relatively new kid in the block as far as the UK motor trade is concerned and will be an unfamiliar name to many.

With an expanding dealer network and evolving range line-up, however, the South Korean 4x4 specialist is eager to emulate the impact of its upwardly mobile compatriot brands, Hyundai and Kia.

Having been around since 2011, the Korando is the longest established of the manufacturer's current models and has just undergone its second facelift in a bid to maintain its appeal at the bargain end of the crossover market.

The spruce up is primarily evident in an extensively re-worked front end which adopts the new SsangYong ‘look' first seen on the Tivoli and which will feature on the forthcoming new Rexton SUV.

There is also a new steering wheel inside, while on range topping ELX models like the one I drove, eye-catching 18-inch diamond cut alloys complete the look.

The overall dimensions and profile remain familiar, however, and the Korando has a clean-lined, muscular and attractive presence.

There are four models in the revised line-up starting with the two-wheel drive SE at £17,000. Adding all-wheel-drive to this trim pushes the price up to £18,500 while flagship ELX cars, at £22,000, are only available in 4x4 form and can be specified with a six-speed automatic transmission, rather than six-speed manual, for an extra £1,500.

Beneath the restyled bonnet sits the same 2.2-litre turbo diesel engine that powered the outgoing model. It's a little raw and unrefined but what it lacks in manners it makes up for in sheer grunt - pumping out 178ps and producing peak torque of 400Nm from 1,400rpm.

That's enough to shift the Korando's substantial frame from 0-62mph in just under ten seconds and also means there's plenty of pulling power - with SsangYong eager to stress the car's two-tonne towing capacity to caravanners and those with horse boxes.

There's some pitch and roll in corners, as it's quite a tall car, but decent throttle response and light steering make driving the Korando easy and uncomplicated, if not overly engaging, despite a slightly notchy gear shift.

The intelligent 4x4 system offers good grip and some decent off-road ability. Default mode in normal conditions is front-wheel drive, optimising fuel efficiency, but if any loss of grip is detected power is progressively sent to all four wheels as required.

The system can also be locked to split drive equally between front and rear axles when tackling extreme loose or slippery surfaces.

Either on road or off, there's plenty of room to get comfortable in the spacious cabin. Five adults will be happy on all but the longest journeys, with a flat floor meaning no fighting for legroom in the back.

At 486 litres the boot is more than big enough to cope with family needs, with the 60/40 split rear seats folding to increase load capacity to a maximum 1,312 litres.

Interior styling and materials are where the Korando's cut-price status is most evident, with some dated looking switchgear and soft-touch surfaces in short supply - but SsangYong seek, with some success, to deflect attention from this with generous levels of kit.

SsangYong is go with petrol Korando 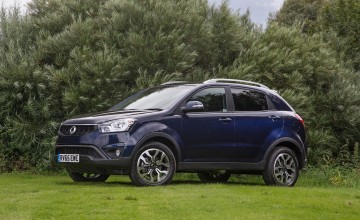